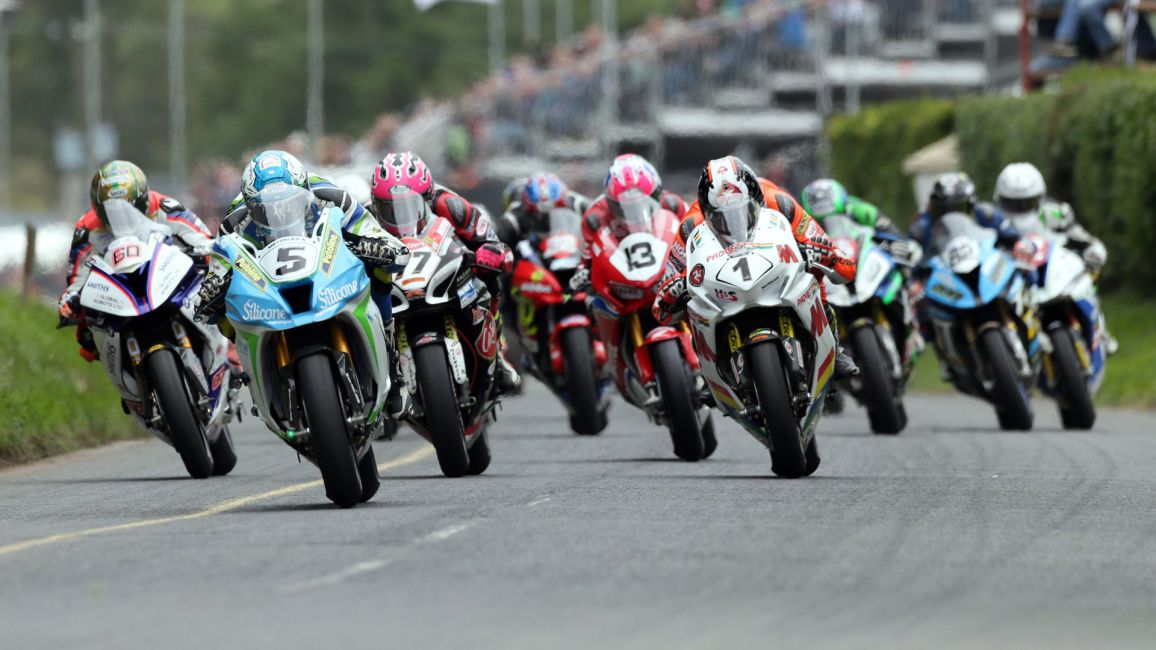 TT STARS BACK IN ROAD RACING ACTION AT ULSTER GP

This week sees many of the Isle of Man TT’s finest head to the hills above Belfast with the Ulster Grand Prix taking place on the high-speed Dundrod circuit, with 2019 TT winners Dean Harrison, Peter Hickman, Michael Dunlop and Lee Johnston heading a strong entry.

The majority of riders have been busy racing since the Isle of Man TT Races fuelled by Monster Energy in June, with double TT race winner Peter Hickman taking his first British Superbike Championship podium of the year at Thruxton last weekend to put himself in contention for a spot in the end-of-year BSB Showdown.

Meanwhile, Dean Harrison has continued his scintillating performance on the roads with a dominant showing at the Southern 100 in July, whilst Lee Johnston has continued to rack up the top six finishes in the British Supersport Championship as well as take two Supersport victories at Oliver’s Mount, Scarborough.

Michael Dunlop is the rider who’s done the least amount of racing since the TT, predominantly due to minor injuries sustained racing 4 wheels at the Donegal Rally and more serious injuries from a crash at the Southern 100. Nevertheless, a double victory at the recent Armoy Road Races showed he wasn’t to be slowed down through injury and having been passed fit for the Ulster GP, the Tyco BMW rider will be looking to add more International Road Race victories to his collection.

Dunlop won’t find it easy though, with both Hickman and Harrison in particular having enjoyed superb form on the 7.4-mile circuit in recent times. Hickman has been crowned Man of the Meeting for the last two years after taking a total of five wins in 2017 and 2018 and the Smiths Racing rider took a hat-trick of victories two years ago whilst Harrison set the outright lap record of 134.614mph on his way to victory in the Superbike race.

The Silicone Engineering rider, who took his third career TT win earlier this year with victory in the Dunlop Senior TT, made a winning return to Oliver’s Mount last month onboard the Kawasaki ZXR750 that he’ll be looking to take his third consecutive win with in the RST Classic Superbike Race at the Isle of Man Classic TT presented by Bennetts later this month. Like Dunlop and Johnston, he will be amongst the favourites for honours at the Classic TT with a range of top-class machinery at his disposal.

Hickman and Harrison have proven to be the men to beat at the International Road Races of late and it’s hard to look past them at Dundrod, but Johnston, who has been victorious in the Supersport class at both the North West 200 and TT this year, will certainly fancy his chances – not just in the 600cc class.

Johnston took a hat-trick at the Ulster GP four years ago, which included a superb win in the Superstock race and with his British Championship performances seeing him running at the sharp end week in, week out, the 30-year old has every chance of serving up a repeat performance. It’s a busy month for the 2-time Classic TT winner, with three outings at this year’s event.

Honda Racing’s David Johnson is another challenger at this week’s Ulster GP, returning to action after enjoying a break back home in Australia following his superb third place finish in June’s RL360 Superstock TT Race. The Adelaide rider took his maiden Ulster GP podium twelve months ago and will be hoping for more of the same this week, before heading to the Classic TT to contest the Classic Superbike TT Race for Alasdair Cowan Racing in less than three weeks’ time.

Meanwhile, Todd will be aiming to repeat the Supersport victory he took for the team at the North West 200 in May after also enjoying a superb second appearance at the TT. He will ride for the Penz13.com BMW team in the 1000cc races, and both riders are also amongst the entry for the upcoming Classic TT.

As always, there’s a large supporting cast of privateers looking to upset the established and factory-supported guard, with Jamie Coward again leading the way. The Hebden Bridge rider has been enjoying a great season on the PreZ Racing and KTS Racing machines – the former seeing him claim five top-ten finishes at the TT on his way to winning the Privateer’s Championship.

Second place to Michael Dunlop in the 2019 Bennetts Lightweight TT Race on the KTS Racing Kawasaki was a career best, and a maiden UGP podium must be his aim ahead of the Classic TT where he has every chance of standing on the podium in all four races.

Phil Crowe, Sam West and Dominic Herbertson are more English privateers lining up at Dundrod. The home contingent will be led by Derek Sheils – the recently crowned Irish Superbike Champion – Michael Sweeney and Paul Jordan, the latter impressing last year on his first outing with the Dafabet Devitt Racing team by taking fourth in the single Superbike race that took place. Derek McGee has opted out of the meeting to continue his recovery from the injuries he sustained at the TT.

All of these riders will head to the Isle of Man after the Ulster GP for the Classic TT, in what promises to be a superb month for road racing fans.