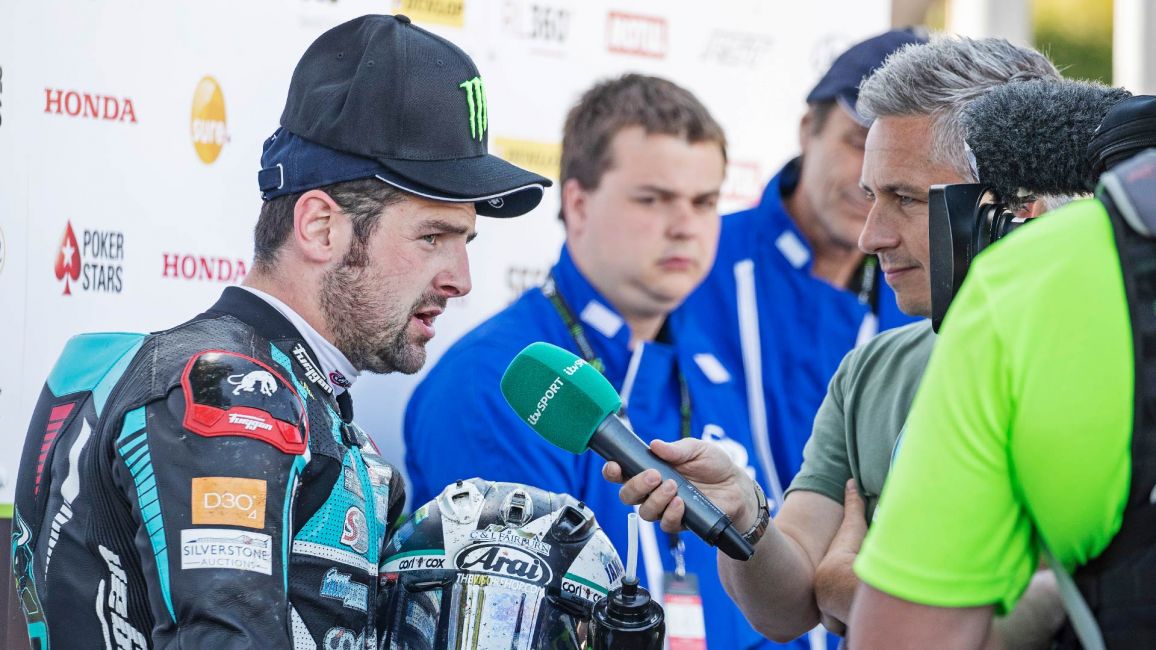 ITV4 will again be broadcasting all of the best action and highlights from this year’s Isle of Man TT Races fuelled by Monster Energy.

ITV4’s TT coverage starts this year on Monday 27th May at 9pm with a look at the last lap of last year’s meeting – the final, record-breaking lap of the Senior TT. ‘One Three Five - Breaking The Barrier’ sees Dean Harrison and Peter Hickman look back at their epic duel on Senior Race Day and recreate how the 135mph barrier was broken.

The clock gets turned back on Tuesday 28th May at 9pm to what many believe was the greatest race of all time. ‘The Greatest Race - Hislop vs Fogarty’ tells the story of the 1992 Senior TT through interviews with Carl Fogarty and many others that were involved in this remarkable race.

The ‘TT Preview Show’ on Thursday 30th May looks forward to this year’s meeting. The TV team catch up with Peter Hickman training in Texas and hear from last year’s fellow winners Dean Harrison, Michael Dunlop and Michael Rutter. Steve Plater takes to the water with Dean Harrison and Davey Todd as they go kayaking off the coast of the Isle of Man and the Birchall brothers Ben and Tom show that they are just as competent on two wheels as they are on three, swapping their sidecar for Mountain Bikes. With visits to the Honda Racing, Norton and Milenco by Padgetts Racing work shops to eavesdrop on their pre-TT preparations the scene will definitely be set for TT 2019 race week.

The on track action highlights begin in earnest on Friday 31st May with the TT Qualifying Highlights show which summarises all of the best qualifying action ahead of Saturday’s first Race day. All of the racing highlights will be captured in the race shows which are broadcast every night from Saturday 1st June to Saturday 8th June inclusive at 9pm, with many same day highlights shows.

The full list of programming can be found here.