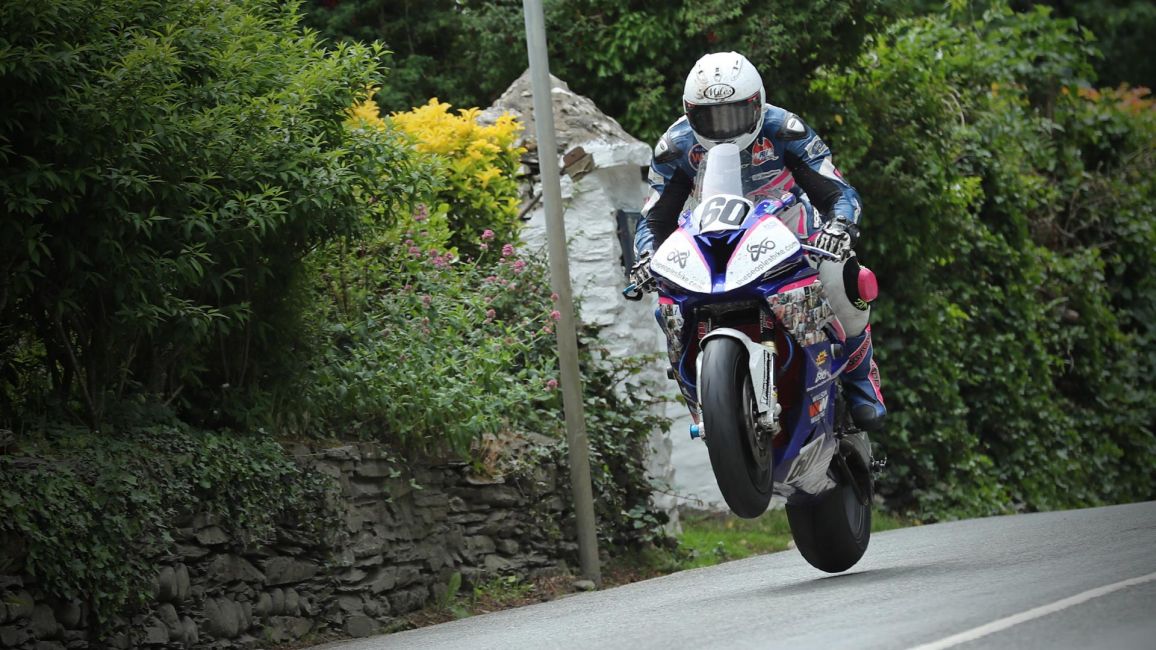 TWO RIDER LINE UP FOR THE PEOPLE'S BIKE TEAM

The popular fan funded People’s Bike team, run by Mark Cubbon and Janice Thompson, will line up at the 2019 Isle of Man TT Races Fuelled by Monster Energy with an extended two rider line-up.

After a successful first-time appearance at the TT twelve months ago, Charles Rhys Hardisty remains with the Isle of Man-based team for a second successive year. He’ll pilot the team’s BMW S1000RR in the RST Superbike, RL360 Superstock and Senior Races and a yet to be confirmed 600cc machine in the two Monster Energy Supersport races.

He’ll be joined in the team by 2018 Senior Manx Grand Prix winner Matt Stevenson, who makes the step up to the TT for 2019. The Yorkshire rider is also set to campaign a BMW S1000RR in the three 1000cc races, whilst he’ll continue to be Yamaha-mounted for the two four-lap Supersport encounters.

2018 saw both riders enjoy successful campaigns on the Mountain Course with Hardisty’s first TT seeing him take 45th and 48th in the two Monster Energy Supersport races to win his first bronze replicas. He finished all three of his other races taking 34th in the RST Superbike race, 35th in the PokerStars Senior, where he set a new personal best lap of the 37.73-mile circuit of 120.640mph, and 47th in the RL 360 Superstock race.

24-year old Stevenson, meanwhile, was a revelation at last year’s Manx Grand Prix, having only made his debut at the event in 2016. Although he fell at Creg-ny-Baa while leading the Junior race, he bounced back in style to win a thrilling Senior race by five seconds from team-mate Stephen Parsons. Stevenson’s fastest lap of 120.974mph made him the ninth fastest rider ever at the Manx GP.

Hardisty said: “I’m absolutely ecstatic to be joining up with The People’s Bike team again this year. The sponsors to the team bring in a real good vibe and Janice and Mark work all year round to make the team the success that it is. To be part of something that's helped the careers of many top-level lads is very exciting. My last two seasons have been both testing and difficult through carrying injuries, but I’m now fully fit and this year I aim to improve with every lap and build on my speed.”

Stevenson added: “Two years ago I hadn’t even imagined I’d get to the TT but here we are all ready to go! With just over 100 days to go and with a cracking team behind me, I can’t wait to see what it brings.  My aim is for 5 races and 5 finishes and all being well I’m hoping for mid-pack results in my first year and then we’ll go from there.”

For more information on The People’s Bike team and details of how you can get involved, contact Mark Cubbon or Janice Thompson at thepeoplesbike@gmail.com.