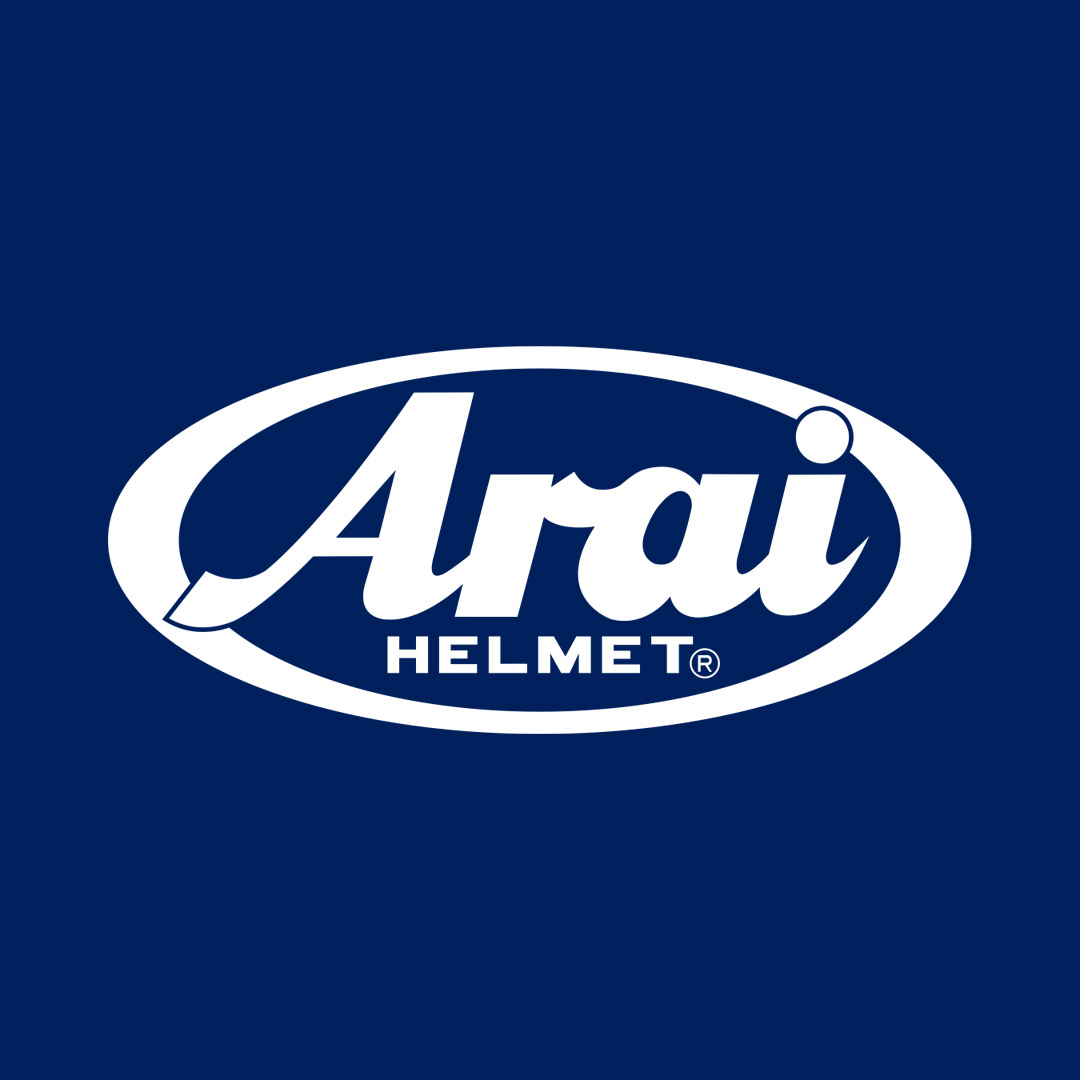 Arai and the TT is a special relationship that stretches back nearly four decades. It was 1983 when Arai and Joey Dunlop began an iconic Isle of Man TT partnership, but it wasn’t just Joey – or brother Robert – who chose Arai helmets. Hislop, McCallen, Anstey, Hutchinson … to list the dozens of TT greats that have put their faith in Arai, would increase the word-count of this particular feature by a significant margin.

Some racers get their helmets direct from the factory, of course, but many others simply buy their Arai helmets off the shelf. That’s the beauty of Arai – your own RX-7 is handmade in Japan by the same men and women; each of whom are equally dedicated to perfection. In fact, if you were to pull out the pads and look at the naked shell inside, you’d find the name of the craftsperson who proudly put their name to it.

But what makes Arai helmets so exemplary? First, we must understand that the company’s dedication to perfection is a genuine philosophy; one that originated with its founder, Mr. Hirotake Arai, and is lived and breathed everyday by each of the company’s employees. Unsurprisingly then, Ingmar Stroeven, Managing Director at Arai Helmet Europe, is equally passionate about the values that are inherent in all Arai products.

“Mr. Michio Arai and his son, Akihito Arai, have one clear goal, and that is to make the best helmets. There are two overriding values of Arai helmets: an unfailing attention to tradition, and an unfailing attention to quality. Each run through every aspect of the factory and its workforce; many of whom have been with the company for decades. That dedication to the protection of our fellow riders provides our purpose and meaning. It is a beautiful thing to find the family’s philosophy so intertwined with the company’s products; no helmet brand is more authentic.” 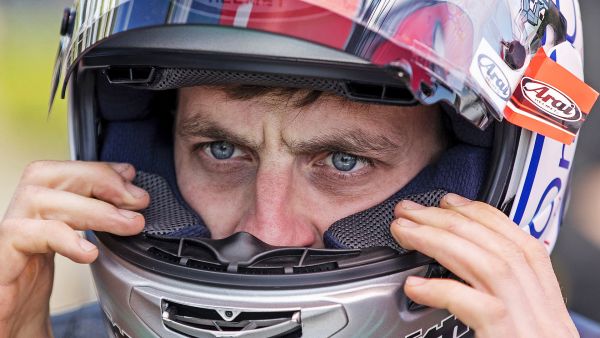 Attention to detail: Racers and engineers, the Birchall Brothers, reach for Arai.

All helmets are designed to deal with certain impacts, of course, but Arai’s famous attention to detail brings numerous other benefits to the wearer; benefits that also contribute to their overall safety. Arai instinctively understand that optics, fit and comfort are all important elements too, and seek to minimise fatigue and distraction through their design. Pikes Peak champion, Rennie Scaysbrook, is one rider who can attest to the outright comfort of an Arai helmet, claiming his RX-7 is so comfortable, he can quite easily sleep in it.

But it is Arai’s unflinching focus on the shape of a helmet that perhaps sets them apart most, believing that in addition to absorbing impacts, a helmet’s shape must allow it to deflect, or ‘glance off’ angled impacts – such blows can result in severe injuries as the brain rotates violently inside the skull. Arai’s concept dates back to the 1970s, but Michio and Akihito are resolute in their belief that perfection is a never-ending journey; the idea still underpins the design of their helmets today, as Ingmar explains.

“The amount of energy involved in a real crash can be far bigger than any helmet can manage to absorb. As many riding impacts come at an angle, the intrusion of energy can be diminished if the helmet skips or slides over obstacles, avoiding some energy altogether. This enhances the chance that the total amount of energy entering the helmet stays within the bounds of absorption. At Arai, we refer to this as ‘glancing off’. The shape, therefore, has a real function, and that is why Arai helmets have such a round and natural shape, without straight edges or strange indents.” 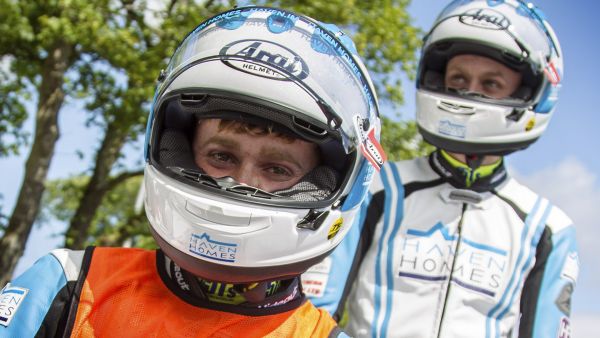 A new generation of TT racers are also putting their trust in Arai to help protect their dreams.

Convinced that ‘glancing off’ is key to the enhanced protection of helmets, Arai have studied the principles and functions behind the concept, working independently to fully harness its effectiveness. The basis is a rounder, smoother and stronger shell and, whilst this sounds simple enough to design and make, Ingmar says it’s not.

“When it comes to designing the structure there has been no simple solution or magic wand. Real crashes are too unpredictable, and some crashes can overwhelm even our helmets. To live with such a fact, we have been determined to enhance every aspect of our helmet’s ability to protect, no matter how small. We are always looking for improvements that may be found within the many details of our ‘glancing off’ concept.

“That is why so many racers rely on Arai, because they know what can happen when racing - especially on the Isle of Man. Nowadays you see something like 70% of riders wearing Arai, and that’s because they want the best protection possible.”

Perhaps it should come as no surprise then that Arai produced the first helmet to pass the more stringent ECE R22-06 test. Catching up with Arai’s ‘glancing off’ concept, the newer test now measures angled impacts (some chosen at random) while extra sensors measure the twisting forces transmitted through the helmet to the rider's head. As expected, rounder, smoother shells have performed best; a testament to the company’s unflinching design philosophy. 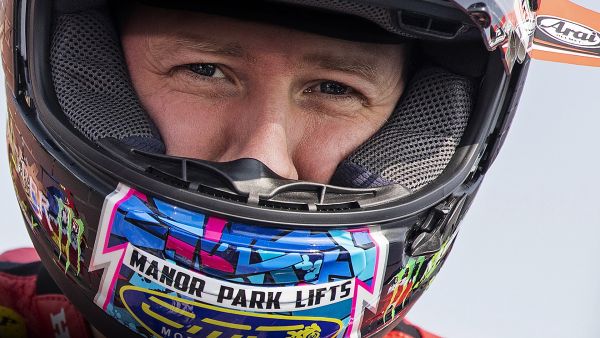 “What we’re trying to protect is priceless.”

Arai’s absolute focus in achieving the highest standards through design also resonates with Aldo Drudi – the legendary Italian artist and creative force behind Valentino Rossi’s famous helmet designs. A methodical worker who mostly shuns the limelight, Aldo usually allows his own designs to do all the talking. Ask him about Arai, however, and he’ll speak freely – and with great admiration – of the company’s own approach to design.

“In Italy, design is important. From my point of view – the designer point of view – the right approach in creating something new is to begin with something strong. Yes, the shape is about safety, but it is also perfect for me; my designs always work better on Arai helmets. That’s because they’re a natural shape.”

Whilst it may not seem so relevant what an artist of any kind may think, designers and engineers both know that nature often provides the best solutions. Biomimicry probably wasn’t a word that Hirotake Arai was at all familiar with when he started out, but the company’s approach to innovation is strikingly similar – finding sustainable solutions to human challenges by emulating nature's time-tested patterns and strategies. In short, biomimicry is the process of taking the innovations that exist in nature and applying them to technology. So, when Michio, Ingmar and Aldo all speak of natural shapes, one begins to suspect that Mother Nature would also approve. 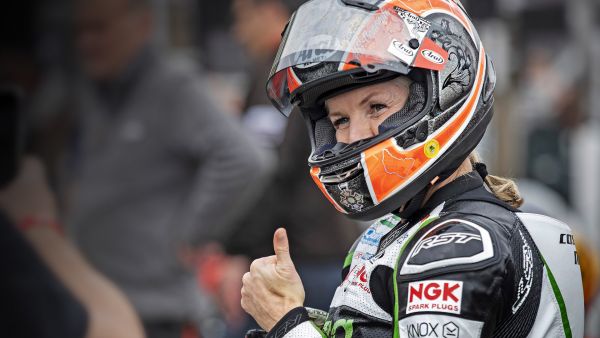 “It’s not about sponsorship, or money. For me it’s about feeling as safe as possible…”

As it is in nature, Arai helmets are constantly evolving too, and this evolutionary process in turn mimics the TT’s new Safety Management System – its systematic approach to safety being described by its creators as a ‘forever journey’. Indeed, whilst this continuous evolution gives Arai a genuine point of difference with its competitors, there is genuine synergy between the TT and its Official Helmet Supplier.

Both parties understand that when it comes to safety and the application of professional excellence, the whole can be far greater than the sum of its parts. Many of those parts may not be readily visible, but they all contribute to the overall performance. If this concept sounds familiar, it’s worth noting that many other sports have since bought into the idea of ‘marginal gains’, perhaps most famously the gold medal machine that is British Cycling. But Arai, for one, were leading the way decades ago, already convinced that these extra efforts are worth it, because what they are seeking to protect is priceless.

It’s a view long-supported by the likes of F1’s former medical lead, Professor Sid Watkins, who was always singularly unimpressed when people told him a specific safety measure was too expensive. Maria Costello, MBE, is just one of many top TT racers who concurs with the Professor’s outlook.

“Before I started racing, I used to work in a bike shop that sold kit. I knew when it came to a helmet it had to be an Arai, so I bought one with my own money. I still have that helmet at home. The quality of all of the Arai helmets I’ve worn over the years shines through. It’s not about sponsorship, or money. For me it’s about feeling as safe as possible, and that’s what I get every time I put my helmet on.”

“Remember, helmets not only protect your head, but also your dreams; your dream to win a race … it’s a kind of freedom." 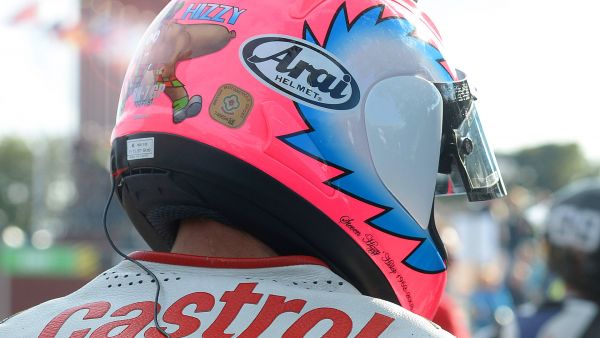 Supporting the TT: Arai and the TT is a special relationship that stretches back nearly four decades. 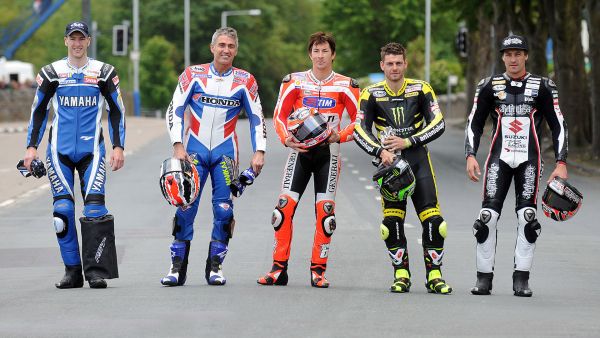 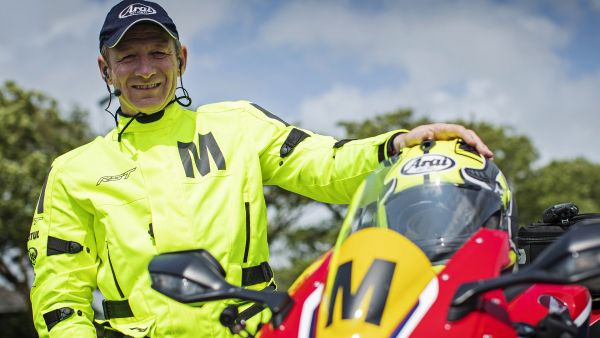 Supporting the SMS: Rider Liaison Officers and Travelling Marshals all get the latest Arai helmets. 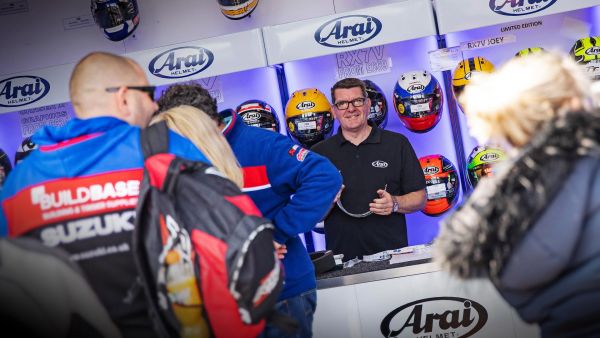 Supporting you: Your Arai is the same Arai as the racers wear, and Arai will service it too!