TT lap record holder Peter Hickman had a frustrating opening weekend in the Bennetts British Superbike Championship, with a number of crashes and set up issues thwarting his progress.

292 days after the 2019 season drew to a close, a delayed 2020 season got underway at Donington Park with a triple-header of races.

Seventh place in Friday’s opening free practice session was a promising start for Hickman and the Smiths Racing BMW team, but two uncharacteristic crashes in Saturday’s free practice and qualifying sessions left him 14th on the grid, but only 1 second off the pace in the ultra-competitive field. 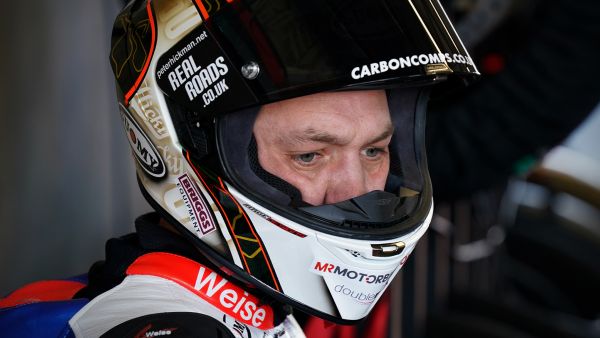 Promising showings in Free Practice and Warm Up sessions couldn't be replicated in the races for Hickman, who struggled with braking setup throughout the weekend.

Despite niggling wrist pain from the earlier crash, the 5-time TT Race winner enjoyed a strong start to the first race and was running in the top ten. However, Hickman was struggling on the brakes with his BMW S1000RR Superbike, leaving him vulnerable into the heavy braking areas found at the first corner and final chicane. Consequently, he was unable to fight with other riders around him and eventually crossed the line in 12th position.

Sunday got off to a more positive start, setting the sixth fastest time in morning warm-up, but the braking issues that had thwarted his opening race returned in race two. After a strong start, a mistake on lap 11 saw him run off track and re-join in last place. Hickman rallied to make progress through the back of the field but ultimately finished 18th and outside of the points.

The final race of the weekend again saw Hickman get a strong start and take a few places off the line. However, the braking issues persisted and he once again crossed the line in 12th position, but was promoted to 11th after Honda Racing’s Andrew Irwin was disqualified from the results.

Speaking after the tough weekend, Hickman said: ‘That was a very disappointing weekend to be honest, especially as the whole team has worked so hard from the very beginning. I had two unfortunate and silly crashes in practice and qualifying, and then had issues throughout the races with the brakes so it’s hard to know what to say.’

‘We changed so much to try and improve things but all to no avail, so it was a hard weekend and the brake issue remained with me throughout. In the last race, I had no rear grip from lap one onwards which in itself was strange as I’d had good grip all weekend prior to that. We move on to Snetterton in two weeks though, where I’ll definitely be looking to make amends.’

Whilst Hickman endured a trying weekend, Glenn Irwin, who was due to make his TT debut this year, enjoyed a brilliant opening to the Championship with Honda Racing and the all-new CBR1000RR-R Fireblade SP. 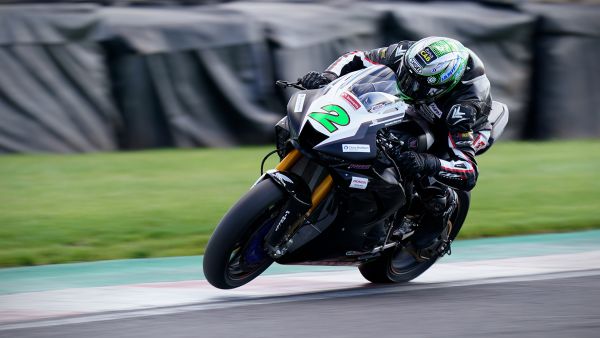 Glenn Irwin, who was due to make his TT debut in 2020, had a near-perfect opening round with the new Honda Racing Fireblade

The Japanese manufacturer has put racing success as top priority with the new machine, but after late delivery of the bikes, a disrupted testing schedule and season to date, and a steady start in the World Superbike Championship, there was a great deal of uncertainty as to how the team would get on in the British Championship.

But after Glenn qualified in 5th place with team mate and younger brother Andrew Irwin also in 7th, the team took a stunning 1-2 finish in the opening two races, with the Fireblade demonstrating strong straight-line speed, stability on the brakes, and impressive front-end grip.

Whilst TT debutant Glenn was pipped by brother Andrew in the first two races, his three second-place finishes see him top the Championship with 60 points after the opening weekend. 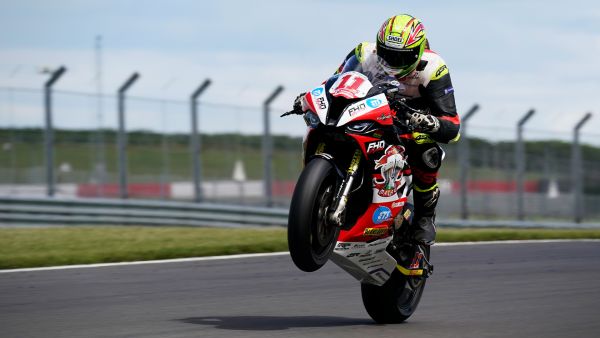 The former Irish Superbike and Supersport champion brought up the back of the field in the three races, showing improvement across the weekend which will doubtless enhance his road racing ability when action resumes.