FINAL TT PREPARATIONS AS NW200 GETS UNDER WAY

With the opening practice session for the 2019 Isle of Man TT Races fuelled by Monster Energy taking place in just eleven days, preparations continue to gather pace with Tuesday’s opening qualifying sessions at the North West 200 seeing all of the leading protagonists in action.

With ideal weather for the first day of practice, it was Dean Harrison who set the pace in the Superbike class. After enjoying a strong start to his season in the British Superbike Championship, the Silicone Engineering Kawasaki rider laid down a strong marker for Thursday and Saturday’s NW200 races, as well as the TT Races beyond that.

However, the star of the session was arguably 18-time TT winner Michael Dunlop, who put his brand-new Tyco BMW S1000RR in second place. Having not ridden competitively since last year’s TT where he added another three victories to his ever-increasing total, the Ballymoney rider quashed any rumours surrounding a wrist injury to lap just half a second slower than pace-setter Harrison. 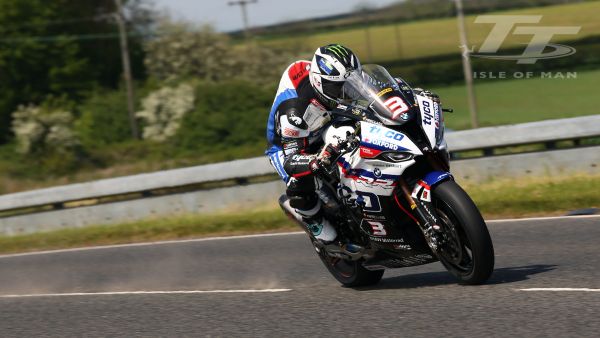 Dean Harrison topped the Superbike timesheets, but Michael Dunlop was only a fraction slower in his first race outing since TT 2018

Johnston was flying on his Ashcourt Racing BMW, although the S1000RR gave him a hair-raising moment when a brake issue on the run to University, a section approached at over 190mph, resulted in him taking to the slip road at high speed.

James Hillier (Quattro Plant Wicked Coatings Kawasaki) took sixth place with Ian Hutchinson two places further back on the Honda Racing machine he hopes will propel him back onto the podium at next month’s TT.

Michael Rutter had his first taste of action on the UK roads with the Bathams Racing Honda RC213V-S and after a few gearing issues, all part of the valuable learning process with the MotoGP-spec machine, placed ninth with Manxman Conor Cummins taking tenth. 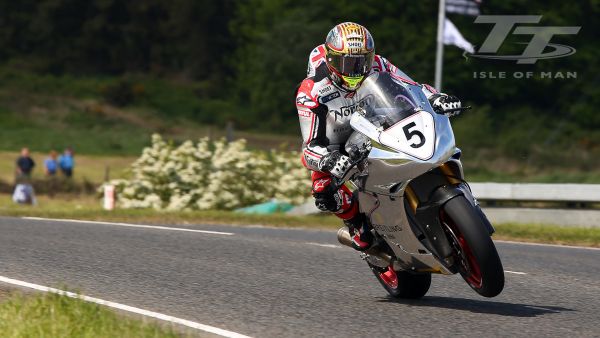 The first qualifying session was also the first competitive outing for John McGuinness on the Norton SG8 he’ll race in this year’s RST Superbike and Dunlop Senior TT Races. The 23-time TT champion ended the session in 19th place as he continued to get dialled back into racing after his crash two years ago in on the same NW200 course. He was, however, forced to stop during the session.

Hickman’s moment came in the Superstock class, where he topped the leaderboard on the Smiths Racing BMW – his very first time on the team’s new Superstock specification machine. Whilst a lot can change in the coming days, both the Smiths Racing and Tyco BMW teams seem to have overcome the early season issues caused by the late delivery and lack of testing on the new BMW S1000RR, with Dunlop finishing the Superstock session in third. 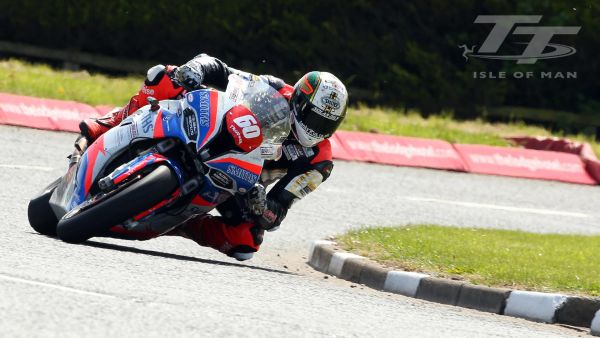 Lee Johnston split the pair on his older-specification BMW, with his good form in the 600 British Supersport Championship transferring to the bigger 1000cc machines. Johnston took third in the 2015 RL360 Superstock TT Race and is keen to back onto the podium in 2019 after three difficult years.

Hillier, as he so often does, was quietly going about his business and ended the session in fifth, one place ahead of veteran Rutter who was out on his BMW for the Superstock class.

NW200 specialist Alastair Seeley topped the Supersport time sheets and was followed by a raft of TT riders. Lee Johnston and James Hillier were second and third respectively, with Michael Dunlop, Dean Harrison and Peter Hickman rounding out the top six. 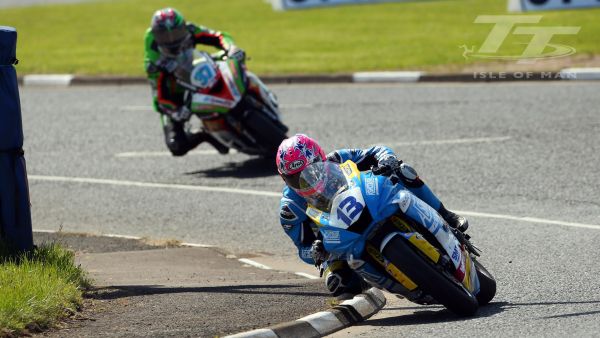 Ashcourt Racing's Lee Johnston was the fastest TT rider in the Supersport class, second only to NW200 specialist Alistair Seeley

Meanwhile, the Lightweight class saw leading privateer Jamie Coward top the leaderboard on the KTS Kawasaki, with the Yorkshire rider having arguably the best machinery he’s ever had for his TT campaign this year.

Rutter was only 0.2s further back on the Bathams KMR Kawasaki prepared by three-time TT winner Ryan Farquhar, whilst McGuinness debuted the Norton Superlight he’ll campaign in the Bennetts Lightweight TT, albeit some way off the pace. 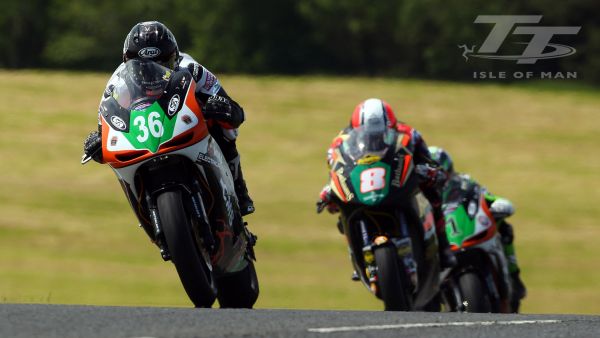 Jamie Coward lead the Supertwin session on the KTS Kawasaki

Practice continues at the NW200 during Thursday daytime, with the first races away on Thursday evening.