Isle of Man TT legend John McGuinness completed his 30th year in racing at Brands Hatch at the weekend but although it was a painful end, 2020 marked another successful season for one of the TT’s greatest ever racers.

Competing in the Ducati Cup for the first time, McGuinness ended the year in seventh place in the championship standings, which would have been sixth had it not been for a huge crash at Paddock Hill Bend on Saturday which left him feeling decidedly second hand!

Still carrying three screws and other metalwork in his hip - legacy of a qualifying crash at Oulton Park in July 2000 – the 48-year old was extremely stiff and sore when he lined up for the final race of the year, slipping back to 13th place at the chequered flag.

Nevertheless, it was a successful first season in the class, where he lined up on the Lund Group Ducati, a team put together by good friend and Speedway star Andre Compton with input from loyal sponsors including Monster Energy, Motul and Bennetts. 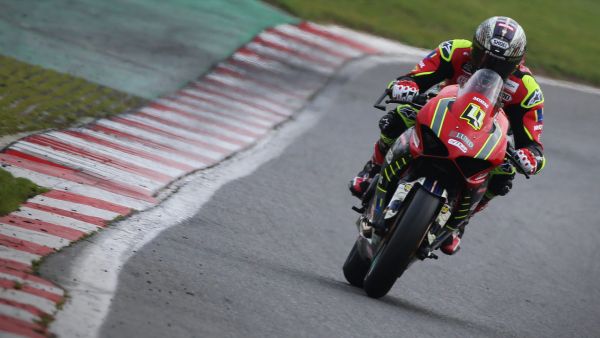 A crash in the penultimate race of the season was the only non-finish for John McGuinness in his return to British Championship action. He finished 7th in the standings with a best result of 4th place at Oulton Park.

Fourth place at Oulton was his best result in the ten-race championship with other top six finishes taken at Donington Park and Silverstone, whilst his Brands crash was his only non-score of the season.

“Ending the year crawling off the track on my hands and knees didn’t enter my head so the boys got the bike ready and I went back out for the final race.” McGuinness said afterwards.

“I was feeling pretty sore though, especially my hip and knuckles but I was pleased my leg stood up to the treatment it got, that’s the first time it’s been through anything since my North West 200 crash in 2017.”

“It’s a shame I couldn’t end the season on more of a high and with another top six finish but, overall, it’s been a good, enjoyable year. We’ve started the team from scratch and gone from a track day at Oulton Park to being competitive on a British Championship grid so fair play to Andre and all the sponsors for making it happen.”

“The family have been involved all year and it was a return to basics if you like but we’ve had some fun and the amount of track time I've had has been invaluable. A lot of people have been loyal to me and we've got some good results along the way so a big thanks to them and we'll look to be back next year.” 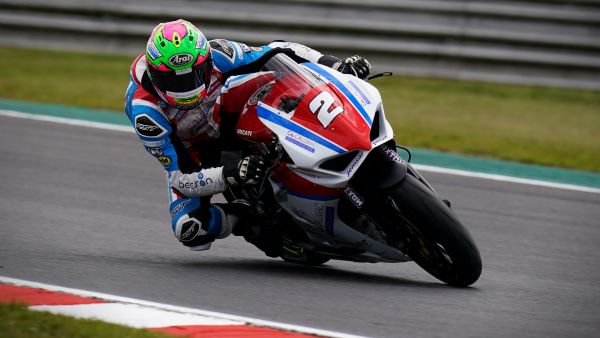 Lincolnshire's Craig Neve made two appearances on the podium at either end of the season, finishing the year 5th in the championship standings.

He was in the thick of the action all year, enjoying battles with McGuinness on more than one occasion, and scored points in every race, the highlights being a brace thirds, one at the opening round at Donington and another in the final race at Brands Hatch.