The 2020 British Superbike Championship was once again a hard-fought affair with Josh Brookes, who remains the fastest ever Australian to lap the Isle of Man TT Course, coming out on top but for outright TT lap record holder, Peter Hickman, it was a much more challenging season.

Having finished in the top six of the Championship for the last three years, which included a career best of fourth in 2018, the Smiths Racing rider was hoping for more of the same this time around on the Global Robots branded BMW but right from the word go, just finishing inside the top ten was proving difficult.

In what would prove to be the final season of racing for the Smiths Racing team, who have no less than six TT victories to their name, the new-spec 2020 Pirelli tyres dramatically transformed the characteristics of BMW S1000RRs throughout the field.

Not one single BMW rider stood on the BSB podium this year and, for Hickman, the early part of the season was massively affected by braking issues brought on by the Pirelli rubber, meaning he was unable to run the lines he wanted or get on the power when he should.

The team worked tirelessly at each round and away from the track in an effort to improve matters, constantly changing the set up in a bid to move forward but it took Hickman until the 11th of the 18 races to crack the top ten, with eighth and tenth coming at Oulton Park in early September. 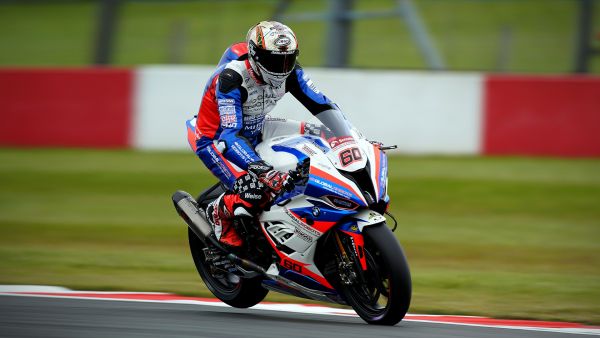 The team’s cause wasn’t helped either when Hickman’s team mate Alex Olsen sustained serious injuries during qualifying at round three at Silverstone, which meant ideas couldn’t be exchanged between the two sides of the garage from there on in.

Everyone kept working hard and two more eighths were taken at the final round at Brands Hatch to leave 33-year old Hickman on a total of 71 points and in 14th overall – three places and 24 points behind the highest placed BMW rider.

“It’s been a challenging season with the braking issues severely hindering me at the first few rounds and we made every possible change you can think of but the feeling with the bike remained the same; the tyre change for 2020 really hit us and the bike hard,” said Hickman.

“All the other BMW riders seemed to be in the same position and it took us until Oulton Park to find a good direction with the bike. Things gradually started to come together and two eighths at the final round at Brands Hatch meant we ended the season on a small high.”

“It also ended my time with Smiths Racing in a positive fashion, a team who I’ve had a lot of success with. The team have worked incredibly hard from day one and both Alan and Rebecca Smith have been great to work with so I hope they’ll still be around the paddock for a few more years to come.”

Hickman is expected to line up on the new BMW M1000RR in 2021 with his new team set to be announced in early November. 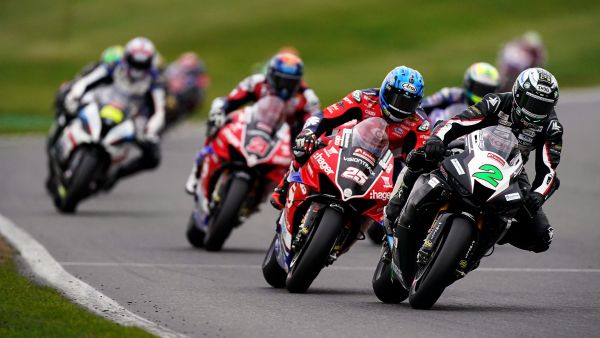 While Glenn Irwin wasn't able to make his TT debut in 2020, it was a very promising first season with the new Honda Fireblade

Although his TT debut had to be put on the back burner this year and postponed until 2021, it was a good year on the short circuits for Honda Racing’s Glenn Irwin, leading the series right up until the penultimate round.

The all-new Honda CBR1000RR-R SP Fireblade was somewhat of a surprise package with Irwin taking victory at Snetterton as well as five second place finishes, but the undulations of Oulton Park and Brands Hatch ultimately proved to be its undoing and where Irwin lost the fight. Nevertheless, fourth overall was superb effort for the Carrickfergus rider and bodes well for next season when he’ll finally get to tackle the 37 and ¾- mile Mountain Course for the first time.

Meanwhile, Irishman Brian McCormack was a surprise name on the entry list having not competed on the British short circuits for more than a decade, but the Waterford rider thoroughly enjoyed the track time he got which is bound to stand him in good stead when the 2021 road racing season gets underway.

Riding the Roadhouse Macau by ON1 Racing BMW, McCormack – who’s taken top ten finishes in the Senior TT for each of the last two years – didn’t find competing in the world’s best domestic Superbike series an easy task and although he failed to score a point, he doggedly plugged away.

Indeed, the efforts of both McCormack and his close-knit team saw him finish 12 of the 18 races with six of those being inside the top twenty, 19th at Donington Park and Oulton Park being his best results. 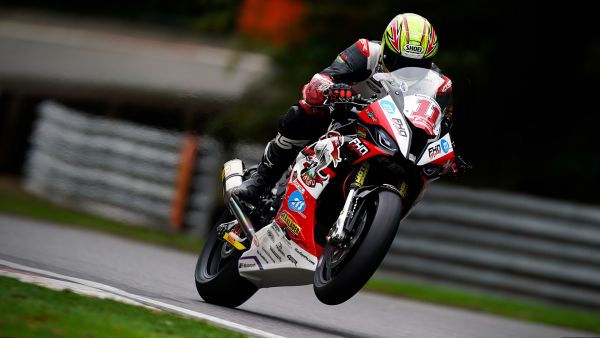 Brian McCormack, the fastest ever Irishman at the TT, had some good performances in his first appearances in the BSB championship for ten years