FROM BIKE TO MIC

There are probably few things in life more likely to get the adrenaline flowing than sitting at the top of Glencrutchery Road waiting for the tap on the shoulder that releases you down Bray Hill at the start of a TT race - and once you’re used to the buzz of that adrenaline, it’s never going to be an easy thing to replicate it once retirement eventually comes around.

But for former Senior TT race winner Steve Plater, he’s been able to reinvent himself since stepping away from racing, finding a new way to get the energy flowing while still retaining his links to the Isle of Man in his role presenting ITV’s award-winning coverage of the race.

Yet despite taking to it like a duck to water, he admits that the break that got him off a bike and in front of a camera was something of a chance thanks in large part to a break of another kind - this one to his left arm!

“I had done some bits and bobs with Eurosport in the past, being a competitor - you get asked in over the years as a guest. I had a big crash at the North West 200 in 2010, but then in 2011 I had a big one at Thruxton just before the TT - and the TV producers were straight on the phone to see if I’d come over and help out with the coverage.

“They wanted me as an expert opinion, really - I wouldn’t call it commentary. It’s all kicked off from then. It was just luck of the draw by being injured at the time, and being free - and still fairly current. I really enjoyed it, I’m pretty savvy at saying the right things and not the wrong ones, and I fully understood what the TV was for.

“The whole point of the project is to sell the Isle of Man - not just the racing, but to bring people to the island all year. It worked really well, and I enjoyed it right away. At the time, when I first went over I had no idea in my head of the future, if I wanted to do it every year, full time, or carry on racing. It was suck it and see, get a taste for it, and see if I liked it - and it’s not hard talking about the things you love!” 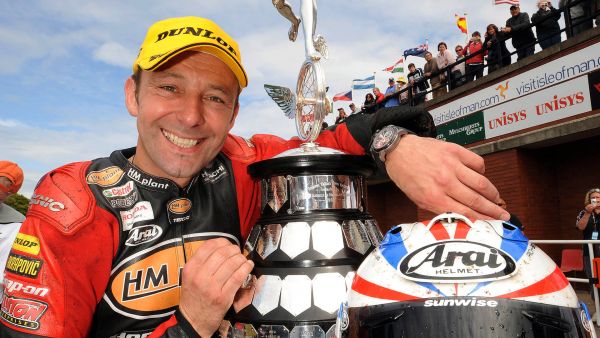 STEVE PLATER WON THE SENIOR TT IN ONLY HIS THIRD YEAR

Now a veteran of live broadcasts since joining the team in 2011, he’s become quite the expert talking to camera in his various roles as expert opinion, presenter, pit lane reporter and even guinea pig!

But despite that experience, he says that it’s still a buzz to be able to get stuck into the middle of the action in pit lane - even if it does serve to give him a little scare now and again about what he used to do around the Island’s roads.

“You tend to find with it that it’s a piece of cake when it’s off the hip. It’s when you’ve got a text to read or remember that it’s hard - when it’s someone else's language. It’s swings and roundabouts, and if you’re allowed to do your own stuff then it’s easy. You can talk in your own language and it flows. It sounds like you’re talking to your mates, which is how it should be.

“I love the live stuff, and obviously there are some big plans in place for 2022 now, but my favourite stuff is in pit lane during the races. I get in between the fuellers and the armco and keep out of everyone’s way, but I’m stood there with a microphone waiting for say Hickman to come in, and the guys are buzzing past you, you’re trying to get a reaction from the rider - and the hairs are standing up on the back of your neck!

“I’m standing there with a microphone in my hand thinking ‘bloody hell, did I used to do this sh*t?!’ I really enjoy that side though, because it gives you the buzz. It’s not the same as riding, but it’s still the adrenaline rush.” 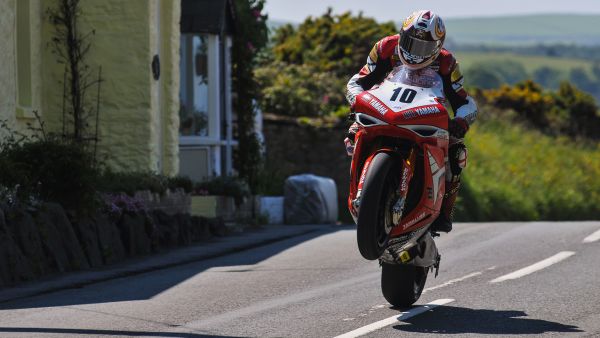 I’m standing there with a microphone in my hand thinking ‘bloody hell, did I used to do this sh*t?!’

Even better than the adrenaline buzz, though, are the chances he’s been given to experience new things in his TV role. From simply being able to watch some bikes go past to lapping the Island with TT master Ben Birchall, he’s clearly a man in love with his work right now.

“It’s funny, because until I started working for TV I had never gone out and watched around the course! I went once before racing there, but I wasn’t a McGuinness who knows everything about the history of the event. It’s lovely to go out and watch, because places like Barregarrow just blow your mind.

“When I arranged to go out as a passenger to Ben Birchall, I shot out to the end of Cronk-y-Voddy to get a look - and f*cking hell. I just ended up standing there watching them going through flat out with my gob open thinking ‘what on earth have I said yes to?!’ But luckily there was a bit of an issue with something on the sidecar and we couldn’t go flat out - although it was still a lap over 100mph average!

“He told me before we started to just sit in the middle and make myself comfortable, but I told him that I wasn’t doing it for that. I wanted to do a proper job, to hang off and everything, and it was great! But the story isn’t over - I’ve said now I want to drive it with Tom on the back!”