Is there something in the water? Is it the tea? Or is it perhaps the roads, which are such a magnificent playground for the sporting motorcyclist? What is it about Yorkshire that makes it such a hotbed for TT talent?

After all, its population of just over five million people is not much more than half that of London, while the weather - so crucial to the nurturing of sporting talent - can at times be rather… challenging! Yet year after year, generation after generation, great TT riders and great TT teams roll off the Yorkshire production line.

In no particular order, we have TT legend Mick Grant with seven Island wins, and the Jefferies family, with David who won nine TTs, dad Tony, who won three, and uncle Nick, who won one, not forgetting grandad Allan who rode between 1947 and 1949. Into the modern era, Yorkshireman Ian Hutchinson has 16 TT wins and Dean Harrison three wins, whilst we shouldn’t forget those campaigning on three-wheels, with Dean’s father, Conrad Harrison, another TT winner. 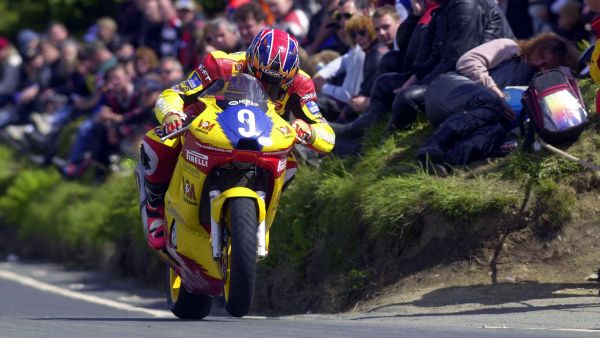 But what about teams? We can’t have any serious discussion about the TT and Yorkshire without mentioning the hugely successful Padgett’s race team, ran out of their workshop in the heart of Batley. Indeed, Padgett’s Racing has to take a lot of credit for putting Yorkshire firmly on the road racing map. Boss Clive, his brother, father, and uncle Don were all accomplished racers, but arguably it’s those that they have subsequently supported who immediately spring to mind – riders like Ian Hutchinson, Phil Mellor and Dave Leach.

The connection between Clive Padgett and the Isle of Man TT is undeniable, but does the ‘godfather’ of road racing in Yorkshire have a clear view on why his beloved county produces such an array of talent?

‘If you look at the population of Yorkshire, it’s hard to reason why. You could argue that the proximity of Oliver’s Mount - the road racing venue located above Scarborough - has helped, but a lot of local riders actually never raced there. I think Cadwell Park in neighbouring Lincolnshire might have more to do with it. It’s tight and you have to be precise. There’s the jump over the Mountain, and there’s all the other undulations. The trees used to be much closer to the track, but it remains a good place to practise and prepare for the TT.

‘Another reason - I believe - is down to the openness of people in Yorkshire, and how close we all are on the map. When Hutchy wanted to race for us, he simply rode over on his road bike, we had a chat and, with no talk of a contract, we made a verbal agreement. In fact, I’ve never had a contract with a rider. That’s just how we work, and I guess that comes back to why so many Padgett’s riders have been local. They would come over to chat to my dad, then shake hands and that would be that. It was the same with Mick Grant. I guess Mick was the first of the Yorkshire lads and we helped.’ 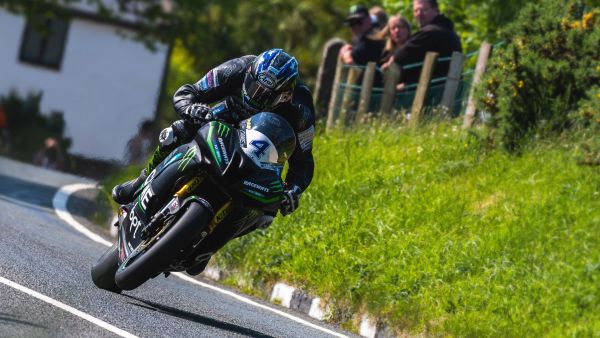 When Hutchy wanted to race for us, he simply rode over on his road bike, we had a chat and, with no talk of a contract, we made a verbal agreement

‘Granty’ was arguably the first of the modern era of racers to spring from the county, with Padgett’s Racing helping to propel him to a pair of podiums in 1972. Still a great advocate of road racing, Mick himself was keen to shed more light on the discussion:

‘It’s a tough question, but I think first you must have some grit and determination to go road racing – it’s not for everyone. That said, I thought we were tough in Yorkshire, then all the Scots would turn up and I’d realise THEY were the tough ones!

‘I watched my first race at Oliver’s Mount in Scarborough. I was only a kid in short trousers and can remember Geoff Duke on the Norton - so it must have been in the 1950s. That is what got me hooked, that is why I wanted to go racing. Road racing was more common back then, too. The TT, Ulster GP, the North West 200, and some of the other races in Belgium and Finland were all on street tracks and still part of the GP calendar.’

Whilst Mick was more-or-less sucked into the sport through its earlier protagonists and standing in the world, it doesn’t explain why the connection persists today. However, Senior TT winner, Dean Harrison, who leads the newest generation of road racers hailing from the county, has firmer views on the subject:

‘It’s the promised land, God's own county! Joking aside, I think some of it is a generational thing. You follow in the footsteps of your dad and, in my case, my granddad also. They both raced on the road in sidecars and it passes from generation to generation.

‘I grew up attending road races, and I looked up to DJ (David Jefferies). He was my hero when I watching the racing over on the island at the TT, or at Oliver’s Mount. He’s from Yorkshire, of course, and like me he followed what his dad and uncle did - and I think his granddad, too. In Yorkshire you tend to follow the family tradition, passing skills down to the next generation.’ 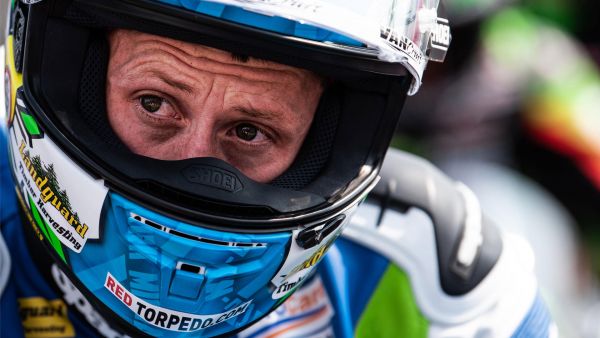 It's a generational thing. You follow in the footsteps of your dad and, in my case, my granddad also.

It’s hard to disagree with Dean’s outlook. Talking to Clive, Mick and Dean, it’s clear that inspiration is never far away – nor is knowledge and experience. Indeed, Clive and Mick have both played the role of mentor, and it’s here where we come back to the idea of nurturing talent. If we take the people away, what do we have? Can a place – can geography – really help nurture talent and dictate success on the roads? Dean is one who thinks it can:

‘My first road race was at Oliver’s Mount, which is tight and twisty and narrow. But when you race at Cadwell, that is just as narrow - especially around Hall Bends and the Hairpin. With the trees and jumps it’s a lot like the roads. In fact, Cadwell and Oulton Park are as close to the TT as you’re going to get. If you grow up with Brands or Silverstone as your home track, you are going to have your eyes opened when you arrive at Cadwell – it’s similar to arriving at the TT. As a Yorkshireman, when I arrived at the TT, it wasn’t such a shock. Yorkshire riders know what to expect… up to a point!’

It’s a fascinating question, and one that perhaps has no clear, definitive answer. But one thing is for sure, when it comes to road racing, the relationship between the world-famous TT races and the English county of Yorkshire is an incredible and ever-expanding story in itself. Road racing and Yorkshire, like the tea, is a special brew.