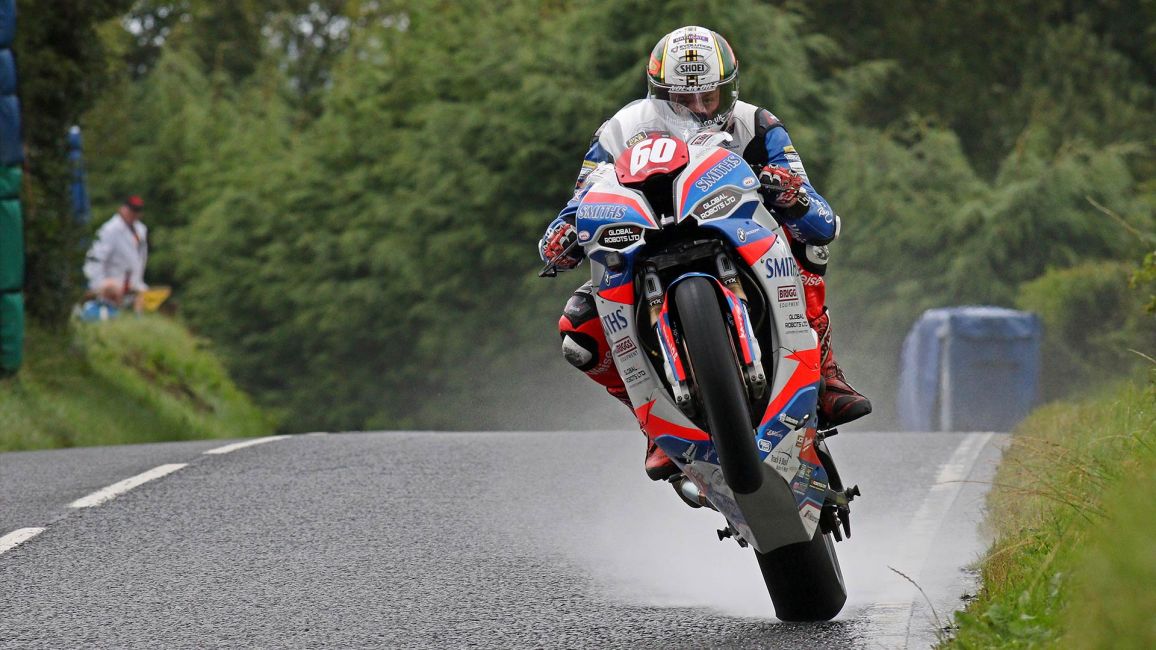 Peter Hickman’s phenomenal run of Road Racing success continued at the Ulster Grand Prix on Saturday, as the Isle of Man TT lap record holder won all five races to ensure not only that he came home first in all seven races, but also create history as he became the first rider to win more than five races in a single event.

Winner of this year’s RST Superbike and RL360 Superstock Races, the Smiths Racing rider followed up his two wins and outright lap record on Thursday evening with complete domination on Saturday as he took victory in both of the Superbike and Supersport races as well as the Superstock encounter.

Heavy rain and mist led to a lengthy delay to proceedings with the first race getting underway at 1pm where, in less than favourable conditions, Hickman left the opposition trailing in his wake, taking the Superstock win by more than 24 seconds on the Smiths Racing BMW.

That set the tone for the day and although none of the other races saw him win by such a distance again, it was only the second Supersport race where he was pushed for victory. On that occasion, Lee Johnston, winner of this year’s first Monster Energy Supersport TT Race, led for much of the way and it was only on the final lap that Hickman took over at the front, with an eventual winning margin of only 0.145s.

Johnston ended the week with three second place finishes in the three Supersport races on board the Ashcourt Racing Yamaha R6, and added a fourth podium in Saturday’s Supertwin race riding a KMR Kawasaki. Johnston now comes to the Classic TT presented by Bennetts in strong form – an event where he has taken two victories previously.

As well as Johnston, this year’s Dunlop Senior TT winner Dean Harrison, Conor Cummins and Davey Todd disputed the remaining podium positions during the course of the day, with Harrison – favourite for honours in the RST Classic Superbike Race taking place later this month – finishing second to Hickman in both of the Superbike races.

Manxman Cummins took third place in each of those races to ensure he’s the only rider to have finished on the rostrum in all of the International Superbike races to be held in 2019. He’ll be reunited with his Milenco by Padgetts Motorcycles team for the Classic TT where he’ll again ride the Yamaha YZR500 he took to a third-place finish in last year’s RST Superbike Classic TT Race.

Team-mate Davey Todd took a third-place finish in the opening Supersport race after earlier taking the same position for the Penz13.com BMW team in the Superstock race. With three more top five finishes, he further strengthened his status as the hottest prospect in road racing. He too will be in action at the Classic TT in just over a week’s time.

Other riders to impress around the Dundrod circuit were this year’s TT Privateer’s Trophy winner Jamie Coward, who warmed up for the Classic TT with no less than three fifth place finishes, and the Irish pairing of Derek Sheils and Michael Sweeney. They circulated in close formation in all of their races taking a number of top seven finishes between them.

Michael Dunlop contested only the Superstock race, where he finished eighth, before withdrawing from the remainder of the programme. He’ll now focus his attentions on getting fully fit for the Classic TT where he’ll hope to add to his four wins already taken at the event.