The first day of racing at the Ulster Grand Prix took place on Thursday, with TT Mountain Course protagonists leading the way – many of whom will be in action at the upcoming Classic TT presented by Bennetts.

It proved to be superb day for Peter Hickman as he added two more International Road Race victories to his rapidly growing collection. A hat-trick winner at this year’s Isle of Man TT Races fuelled by Monster Energy, the Smiths Racing rider was again in imperious form around the Dundrod circuit as he claimed wins in the Superbike and Supersport races.

The Superbike race, in particular, saw him dominate proceedings as a new outright lap record of 136.415mph on the BMW S1000RR saw him reaffirm his status as the fastest Road Racer in the World.

The Supersport race was a much closer affair as Lee Johnston, winner of the opening Monster Energy Supersport TT Race at TT 2019, led for much of the way on his Ashcourt Racing Yamaha before Hickman edged ahead on the final lap to win by just 0.357s on the Trooper Beer Triumph by Smiths Racing.

Johnston, who’ll be riding for Davies Motorsport and Binch Racing at the Classic TT later this month, had earlier taken fourth place in the Superbike race where the top three had a familiar ring to it, with Hickman being flanked on the podium by Dean Harrison and Conor Cummins – just as he had been in this year’s RST Superbike TT Race.

Harrison led in the early stages on the Silicone Engineering Kawasaki before Hickman’s record-breaking lap saw him pull clear, with Cummins not too far back on the Milenco by Padgetts Motorcycles Honda as he held off Johnston for third. Rising road racing star Davey Todd also enjoyed a good race as he took fifth for the Penz13.com BMW team. 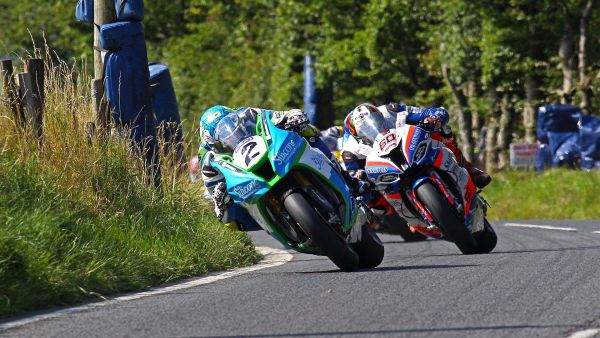 Dean Harrison led Peter Hickman in the Superbike race before Hickman took the lead and pulled away.

Todd looked like he’d take third place in the Supersport race behind Hickman and Johnston, before being forced to retire the Padgetts machine on the penultimate lap. This allowed Harrison, who’ll defend his RST Superbike Classic TT title in a little over two weeks’ time, to take his second podium of the day.

However, both Coward and Jordan – second and fourth respectively in this year’s Bennetts Lightweight TT Race – shone in the Supertwins race, with Jordan taking his maiden International Road Race victory to give the RC Express Racing team another major road race win. The race saw a five-rider battle for the win but 27-year old Jordan came out on top by 0.092s with Coward only two tenths further back in third. 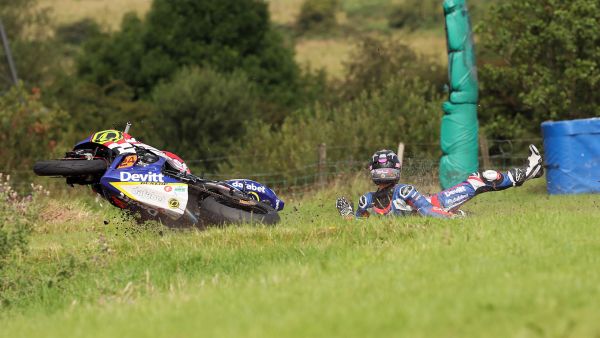 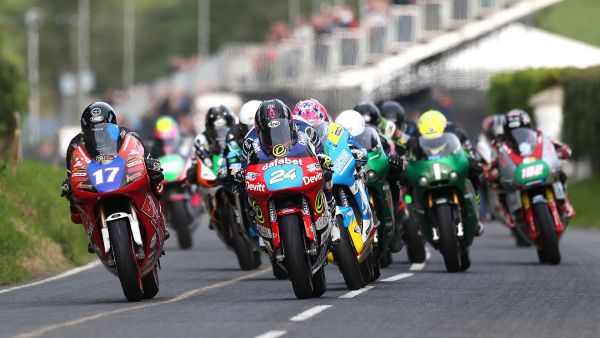 ...And then took his first International Road Race victory in the Supertwin race.

Michael Dunlop opted out of the day’s proceedings but intends to compete on Saturday where he’s due to be in action on the Tyco BMW in the two Superbike races, as well as the Superstock race on board his own MD Racing/Carl Cox Motorsport BMW. He’ll be looking to prove his fitness with outings also planned at the Classic TT, where he’ll spearhead Team Classic Suzuki’s assault on the RST Superbike Classic TT Race that he has won on three previous occasions.