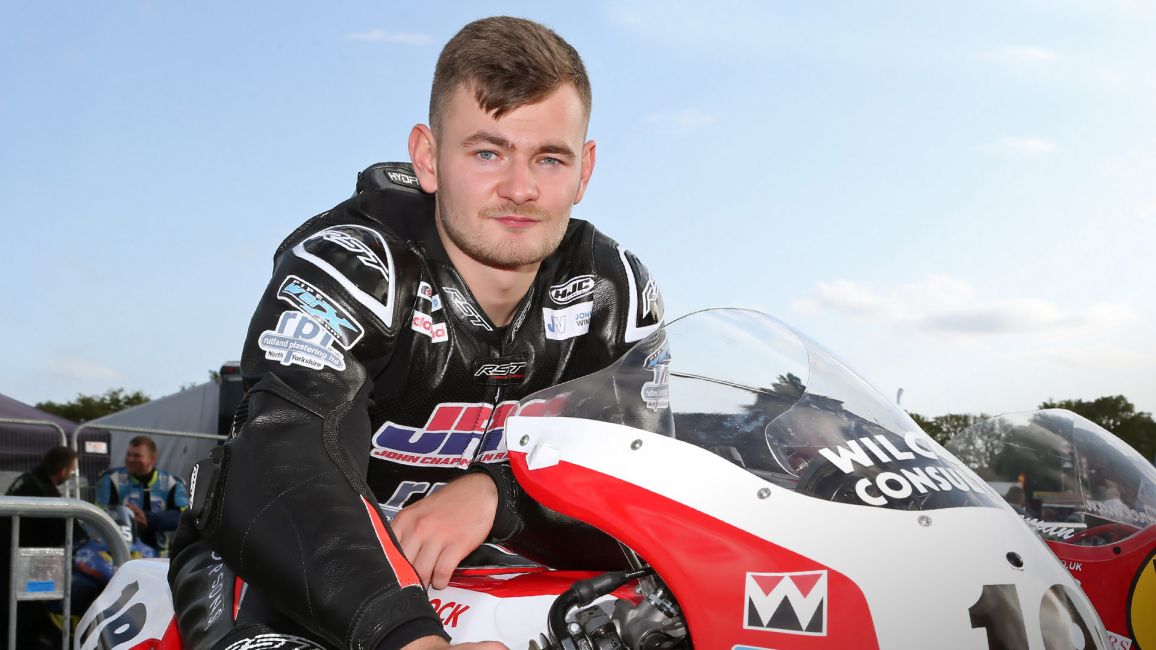 After a two-year absence, Yorkshire’s Joey Thompson will make his return to the Isle of Man TT Races fuelled by Monster Energy later this year, competing in the 1000cc classes for the first time.

The 21-year old will ride for his own, newly-formed team with support from Rutland Plastering and the family-run Thompsons Fish Restaurant, contesting the RST Superbike, RL360 Superstock and Senior TT Races onboard a Suzuki GSX-R1000.

Thompson took some time out from the sport after the 2018 Classic TT presented by Bennetts and it was almost a year before he was back in the saddle – firstly in action at the Aberdare Park Road Races before returning to the Classic TT.

A 12th-place finish in the 2019 RST Classic Superbike Race onboard the Wilcock Consulting Kawasaki ZXR750 saw the feel good factor return and Thomspon, a personal trainer by profession, is now looking to continue his positive return and build upon his previous two TT visits.

A newcomer in 2017, the York rider immediately impressed on his debut by taking a 34th-place finish in the one Monster Energy Supersport Race that ran that year, with a personal best lap at an average speed of over 118mph. Thompson’s return the following year saw tremendous progress, with a lap of 122.545mph on a Kawasaki ZX-6R in the opening Supersport Race earning him a 21st-place finish and his first silver replica.

Thompson was unfortunately forced to retire from the second four-lap race but saved his best performance until last, when a stunning ride on a Paton S1-R saw him finish in 5th-place in the Bennetts Lightweight Race to earn another Silver Replica, having already taken two podiums on the machine at the North West 200 earlier in the year.

As well as his TT campaign, Thompson will also contest the 2020 Pirelli National Superstock 1000 Championship.

Joey Thompson: “For various reasons, I kind of fell out of love with riding motorbikes and I ended up taking almost a year out of racing but I’m in a much better place now and I’m really looking forward to racing at the TT again. Racing for Paul Jinks at Aberdare and then for Graham Wilcock from Wilcock Consulting at the Classic TT got my mojo back and I’m really grateful for the opportunities they both gave me. It was really beneficial doing the Classic TT as the big 750 was as quick as the 600 I’d previously ridden so I was able to re-familiarise myself with the course and continue to learn.”

“I’m looking forward to going to the TT to simply race again although moving onto a 1000cc bike is a massive jump so the main thing at the moment is getting used to it. I’ve already had six days out in Spain where I put in lap after lap and I really enjoyed myself. The Suzuki is renowned for being the best handling bike in the Superstock class, something which is key for me as I’m only 5’6 and don’t have the frame to be muscling bikes around.”

“The power is also slightly less but we’ve seen what it can do on the short circuits in the hands of Richard Cooper so I just want to get in as much mileage as possibly prior to the TT so that when I get to the island, I’ll know as much as possible about the bike. I can then concentrate on getting used to how the Mountain Course feels with a big bike compared to the smaller 600 and Lightweight. It will be a massive learning curve and I know I won’t be finishing in the top ten but I’m looking to make good progress throughout the fortnight and enjoy all three races.”