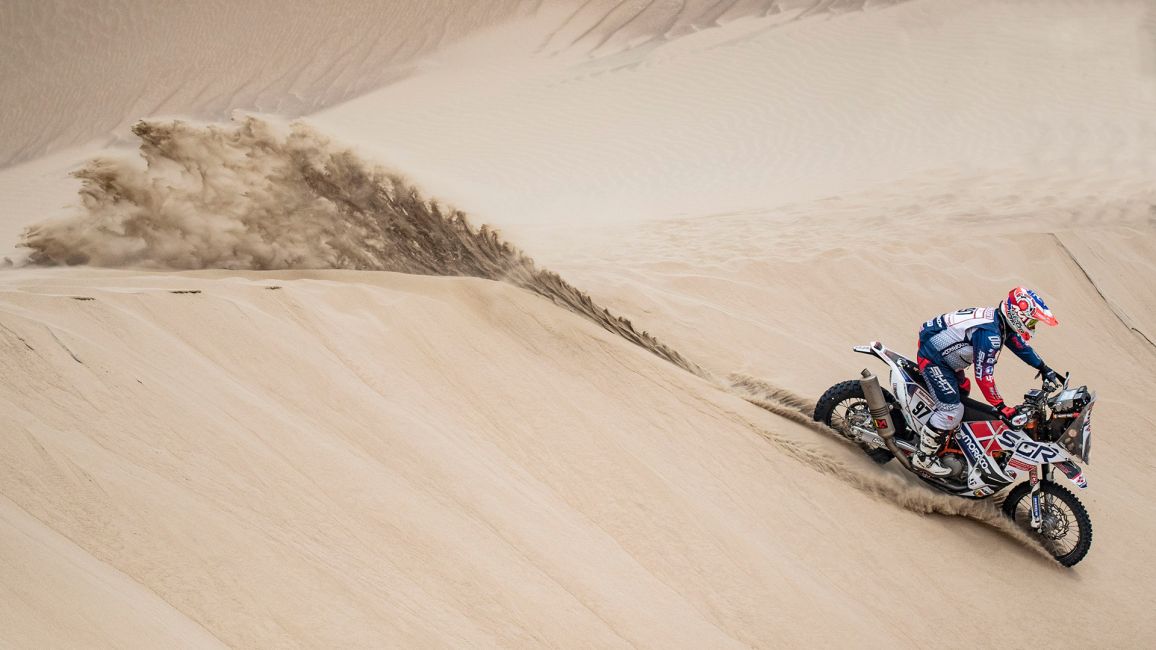 TT Star Takes On The Dakar

TT regular and the fastest-ever Frenchman, Julien Toniutti, is taking on the legendary Dakar Rally for the very first time.

The 37-year old from Lyon, France made his TT debut in 2016, achieving his best TT finish of 24th place in the 2018 PokerStars Senior TT. 149 riders took to the start line in Lima, and after 6 stages of the gruelling rally, Julien sits in 67th position. An incredible feat for a rookie, particularly as 12 months ago he had never competed in an off-road event.

“No Motocross race, no Enduro race, no sand race… absolutely nothing! On top of that, I used to not do a lot of off-road riding to avoid the risk of injury. I took part in the Merzouga Rally in Morocco last April to qualify for the Dakar, and finished 47th. I then went back out to Morocco to do some training in the autumn.”

For 2019, the Dakar is being held entirely in Peru. 10 stages are held over 11 days, with the race starting and finishing in the capital, Lima. The route covers over 5,000km, with 70% of the journey over vast and challenging sand dunes.

“I just want to finish the [Dakar], nothing more. As far as I know, I’m currently the first rider who has raced in the most extreme road race, the TT, and the most extreme off-road race, the Dakar. For that reason, finishing the Dakar will be a great achievement, but the two are totally different. It’s like comparing Football and Rugby- both are played with a ball and in a field, but the rules are totally different!”

“[After two stages] it’s too soon to compare the two events more than that. Perhaps the Dakar is more physically tiring and the TT is more mentally tiring, but we will see at the end of the race. But for sure the challenge and the attitude is the same. First, you have to be proactive, then you have to know where you want to go and at last, give priority to priorities! Get a good bike, get the best equipment, get the right staff and team around you, be physically read and be mentally prepared.”