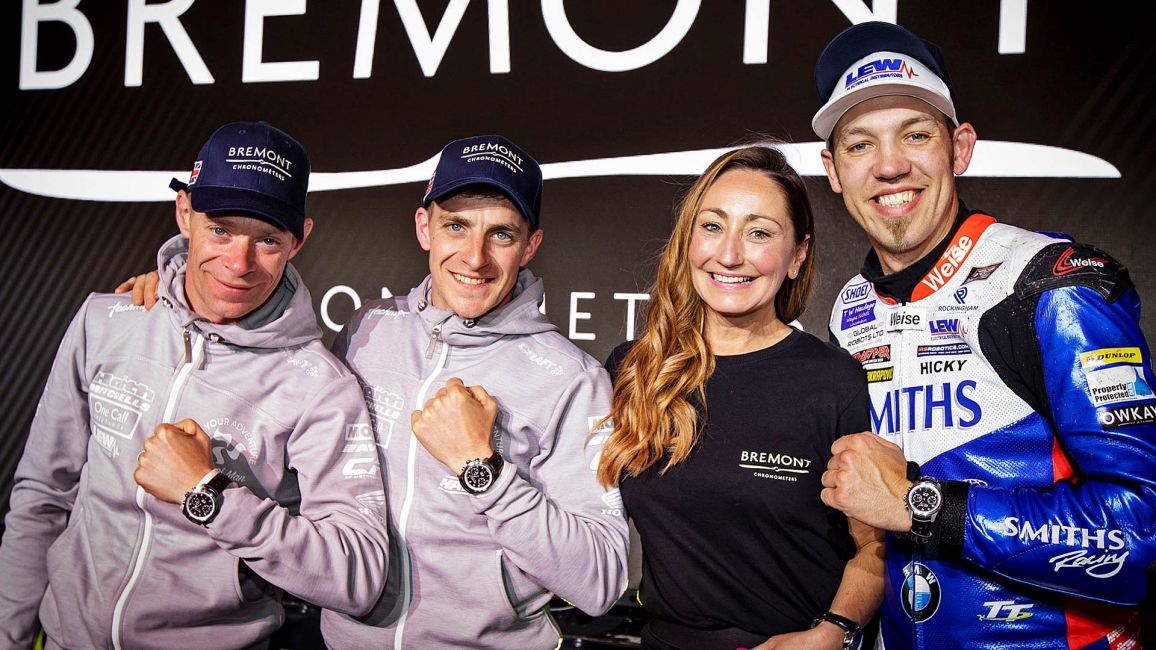 Despite his misfortunes in the Dunlop Senior TT, Peter Hickman’s second place clinched the Joey Dunlop Solo Championship with three wins in the week by 13 points from Senior TT Race winner Dean Harrison (111).

The awards are based on a championship points system with points for race positions in the RST Superbike, the two Monster Energy Supersport TT Races, the RL360 Superstock TT Race and the Dunlop Senior TT Race with a separate award for Sidecars with separate team, manufacturer and privateer awards.

Prez Racing’s Jamie Coward had already clinched the Privateers Championship, awarded to riders who receive no manufacturer support, and completed a perfect record in today’s Senior TT by being the first privateer in every race.

Smiths Racing and Silicone Engineering Racing went into the final day as the only two that could win the team title and despite Hickman finishing in second place, the team clinched the overall award.

The Solo and Sidecar Championship winners each received a limited edition Bremont TT Watch from the TT’s Official Timing Partner.  The mechanical timepieces, which are built in the UK, were presented by Bremont’s Sales Manager Kate Owen.  The same watch, of which only 62 have been created – to mark the number of official sections on the course – is available to purchase from Isle of Man based retailer Dunwells.