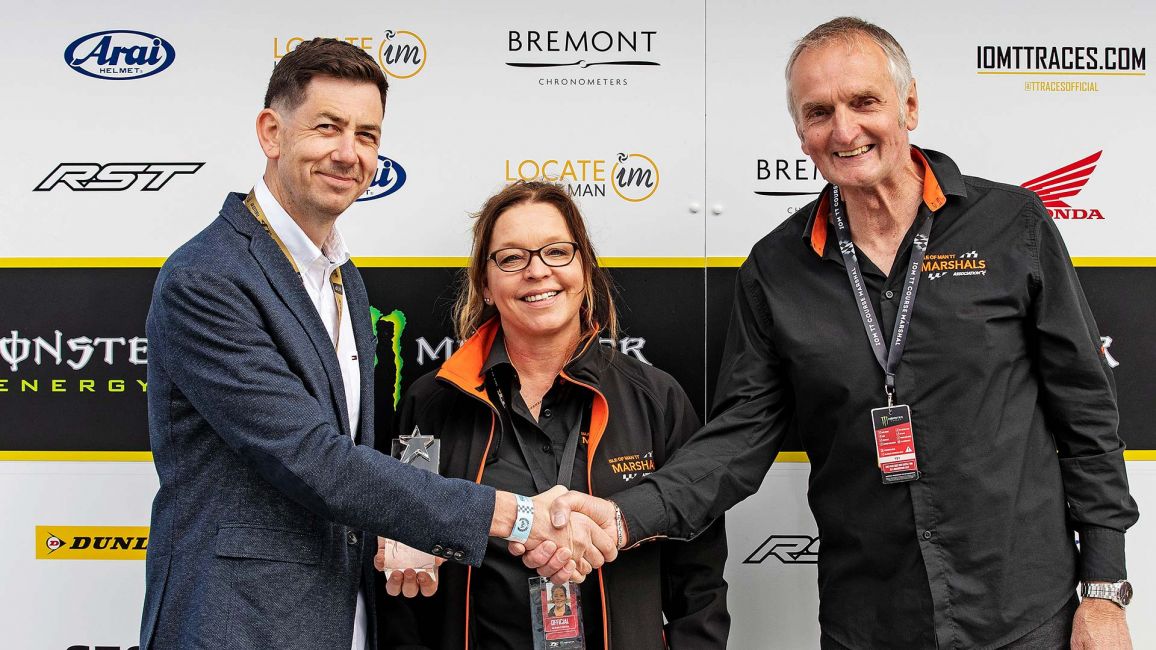 The TT Marshals have collectively been awarded the 2019 Mike Perry Spirit of the TT Award.

2019 marks the tenth anniversary of the Spirit of the TT Award which is organised by PokerStars and for this year only the company chose to rename the award the Mike Perry Spirit of TT Award to pay special tribute to a staff member that tragically lost his life in a motorcycle accident on the Isle of Man last year.

Mike Perry epitomised the values that the award is judged on – decency, honesty, generosity, courage, compassion, integrity, respect, teamwork and commitment – and it is entirely appropriate that the 2019 award is named in his honour.

The presentation of the award was made today – Senior Race Day - on the Grandstand podium ahead of this year’s Senior TT Race by Mike’s close friend and colleague Richard Bregazzi and was presented to Deana Corrin the Office Manager and Chairman of the Marshals David Dentith.

Gary Thompson, MBE, TT Clerk of the Course said: "This is a hugely fitting award and I’m really pleased that their efforts have been recognised. I have been blown away by the spirit that the marshals have shown throughout the fortnight in the most challenging conditions in living memory.  The marshals turned out and manned every session, even when it was unlikely that the session would go ahead, such was the importance of trying to get every possible minute of practice time in.”

Representatives from the Isle of Man Government's Motorsport team including Rob Callister MHK, TT rider liaison officers Richard Quayle and John Barton, ACU Clerk of the Course Gary Thompson judged the award. Nominations were invited from members of the public and from officials associated with the TT.