This year’s official launch for the Isle of Man TT Races fuelled by Monster Energy is now available to watch exclusively on TT+ and it’s not one to be missed. Bringing you all the action, energy and anticipation you need to get ready for the return of the TT.

Filmed in-front of a live studio audience on Saturday night, show hosts Chris Pritchard, Amy Williams MBE and Steve Plater got the latest insider knowledge from some of the biggest names in TT racing, including an exclusive interview with the 19-time TT winner Michael Dunlop having recently announced a change of plan to his PBM Ducati deal. 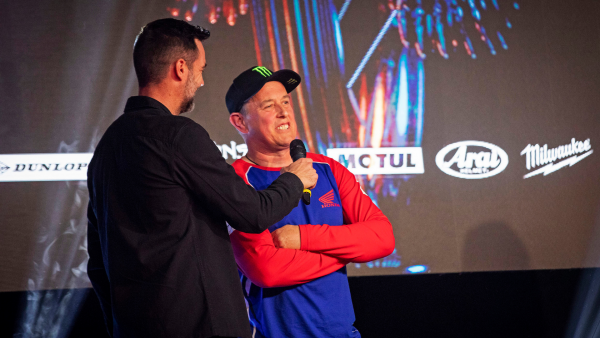 Tune in to hear from legend John McGuinness MBE on his return to the course for his 100th TT race, reflecting fondly on some his favourite wins to date. Plus fan favourites and rivals, Peter Hickman and Dean Harrison really know how to make an entrance ahead of their pit-stop challenge, but who will be the winning team? Watch on TT+ to find out.

Hickman Vs Harrison, who wins the pit-stop challenge?

Check-out sidecar legend and Manx native, Dave Molyneux as he joins the ever-popular Lee Johnston to explain the new rules in place for this year’s 3Wheeling.Media Sidecar and Bennetts Supertwin races.

Dave Molyneux talks changing the rules and the next generation of sidecar racers.

TT+ is free to subscribe and gives instant access to an exclusive ever-growing library of original features and interviews. In addition to the launch show, the original content added weekly will give a new level of intimacy with the elite band of racers as they risk everything in the ultimate test of speed and endurance. Subscribe now to TT+ and watch road to 2022!