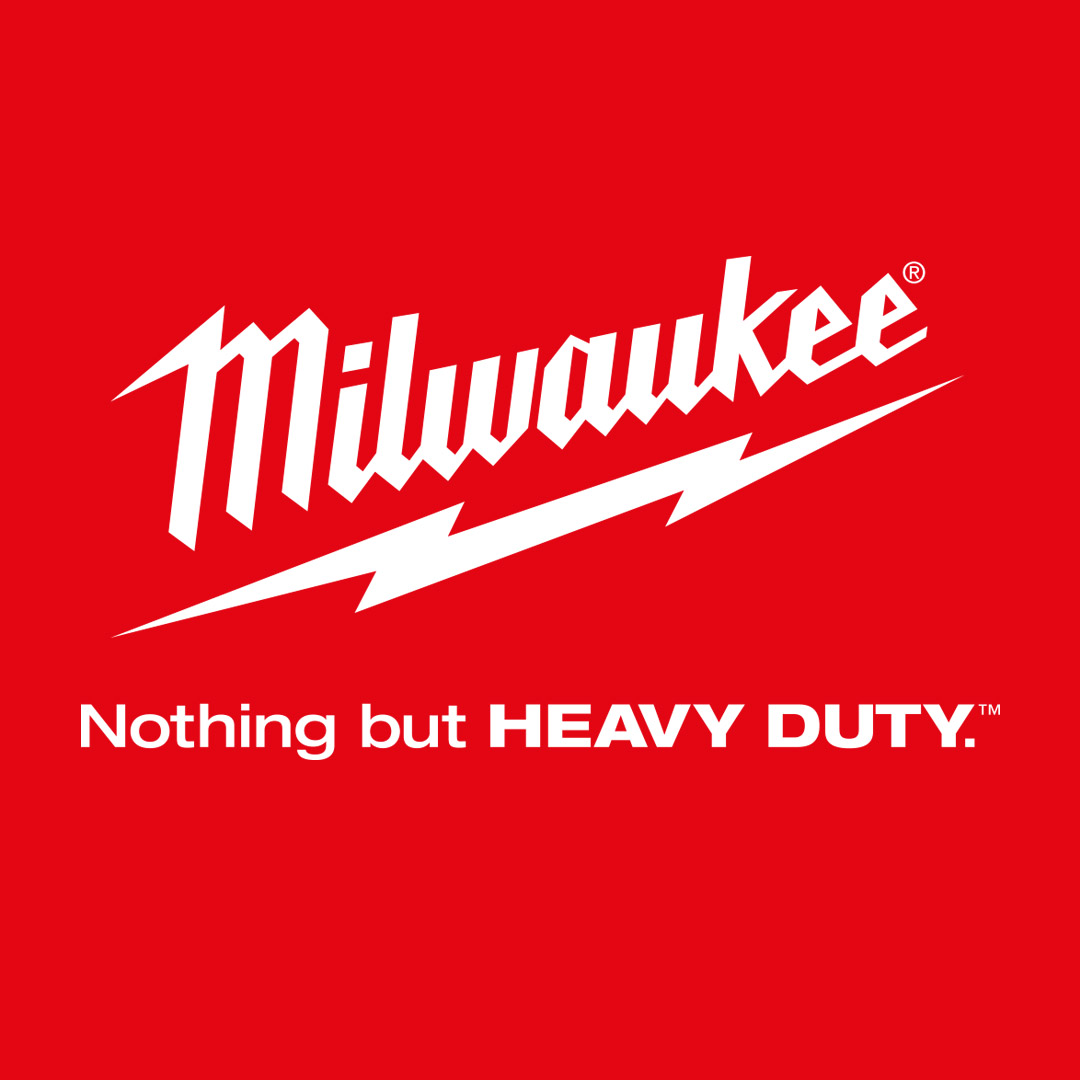 HUTCHINSON BACK WITH TAS RACING

16-time TT race winner, Ian Hutchinson, has announced his return to the TAS Racing team for the 2022 Isle of Man TT Races, competing as Milwaukee BMW Motorrad onboard M1000RR machinery.

Hutchinson returns to the team – which last competed at the TT Races as Tyco BMW – that he enjoyed great success with in the 2016 and 2017 seasons.

TT victories in the 2017 RST Superbike Race and the 2016 and 2017 RL360 Superstock races were accompanied by two further podiums in the 2016 Superbike and Senior races, while the Hutchinson-TAS combination also enjoyed further victories at the North West 200, Ulster Grand Prix, and the British Superstock Championship.

Title sponsors of the Senior TT, the announcement also sees Milwaukee return as a title sponsors for a TT team, having previously supported the Milwaukee Yamaha outfit which Hutchinson rode for in 2014. 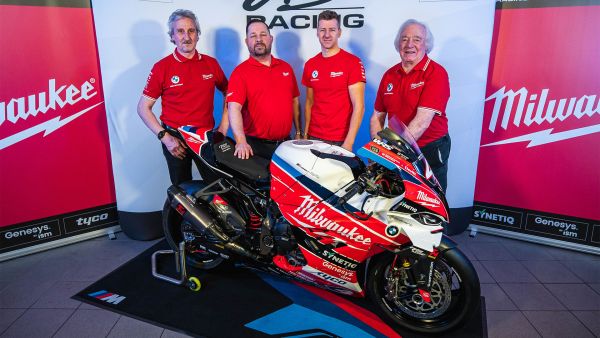 HUTCHY: BACK WITH TAS RACING AND MILWAUKEE

Speaking of his return, Hutchinson commented: “It’s been a crazy five years for me since I last rode for the TAS Racing team; coming back from injuries in 2018, then re-signing for TAS in 2020 but never getting to ride the bikes because of the pandemic. Fingers crossed everything comes together for us this time, and also for the TT.

“Coming back to the team, where I’ve enjoyed my most recent success at the TT, was something I hoped would be possible throughout this winter and to hear the title sponsor is to be Milwaukee really was the icing on the cake. Both TAS and Milwaukee have given me great success in the past, so I look forward to us all working together again in 2022.” 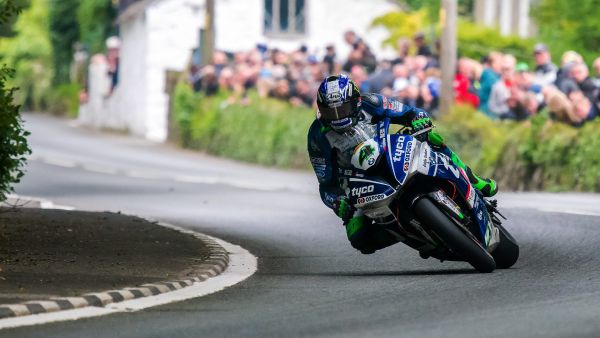 3 OF HUTCHINSON'S 16 TT WINS HAVE COME WITH TAS RACING

2022 also marks 40 years since the TAS Racing team took their first TT victory when they supported Norman Brown in the 1982 Senior 500cc TT. The team, set up by Hector Neill and now managed by son, Philip, are synonymous with the world of the road racing and the pandemic-enforced hiatus seems to have done little to dull their love for the TT:

“Road Racing and the Isle of Man TT is simply in our DNA at TAS Racing and after two years away, we are now looking forward to racing on the Isle of Man in June. The organising team have made some significant changes during that time away and this year’s TT has the potential to be the biggest ever.

“Our partnership with Ian goes back to 2016 when we enjoyed significant success together, both on the roads and on BSB tracks. So, in this very significant year for TAS Racing, we are delighted to once again team up with Ian for our latest assault on the International Road Racing events.”

Speaking of the association with Milwaukee, Neill added: “To partner with Milwaukee is somewhat of a dream scenario for us all, as we have developed a close relationship with them in recent years. I now can’t wait to see the bikes in action sporting that bright red Milwaukee livery on the Mountain Circuit.” 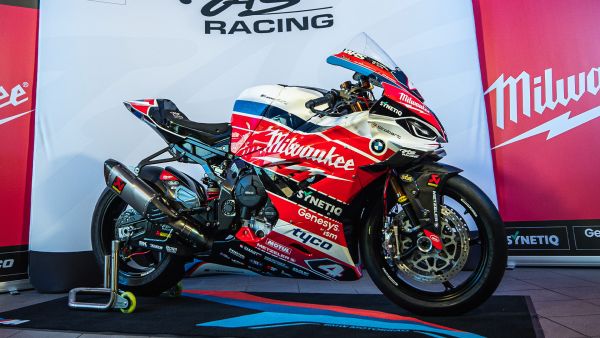 HUTCHINSON WILL RIDE A MILWAUKEE BMW MOTORRAD M1000RR IN THE SUPERBIKE, SUPERSTOCK AND SENIOR TT RACES

Milwaukee General Manager Dale McElveen, said of the partnership: "We have a longstanding collaboration with top level motorsport including both British Superbike and the Isle of Man TT in 2022. So, to title partner with TAS Racing as an official BMW Motorrad International Road Racing team, and support them in BSB, adds a strong level of synergy with both series this year for Milwaukee.”

Hutchinson will contest the RST Superbike, RL360 Superstock, and Milwaukee Senior TT races for Milwaukee BMW Motorrad by TAS Racing and, for the first time, you’ll be able to watch all the action from the TT Races live and uninterrupted via TT+, the TT’s own online channel, which launches later this Spring. 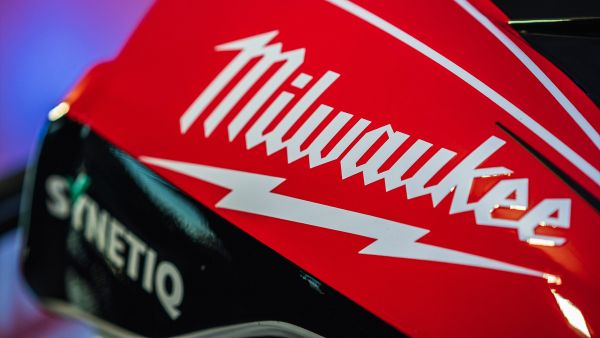 MILWAUKEE BMW AIMING FOR VICTORY IN THE MILWAUKEE SENIOR TT