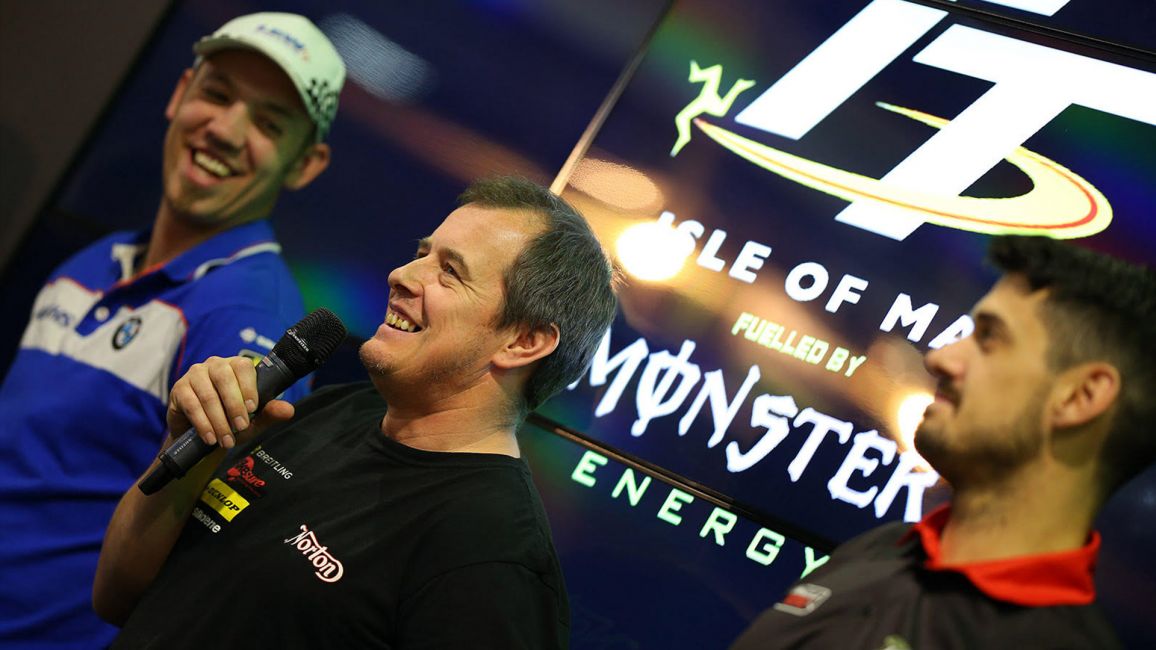 Motorcycle Live, the UK’s biggest motorcycle show, roars into life this Saturday with a who’s who of road racing greats appearing on the Isle of Man TT Races Stand across the 9-day event.

Michael Dunlop, who stood on the top step of the TT podium for the 19th time in the Bennetts Lightweight Race earlier this year, will be making appearances and hosting signing sessions on the opening day of the 2019 event when Grandstand, Hospitality and Fan Event tickets for the 2020 Isle of Man TT Races will also go on sale at 09:00.

The first weekend will also see James Hillier, who racked up his 13th and 14th TT podiums at the 2019 event, take to the TT Stand as well as Jamie Coward who will reflect on his emotional first TT podium in June’s Lightweight Race.

Monday 18th November is all about the Milenco by Padgett’s Motorcycles team, with both Conor Cummins and Bruce Anstey confirmed for signings and meet-and-greet sessions on the TT Stand, plus an appearance in ‘A Question of Bikes’ on the event’s Main Stage. Cummins continued his fine run of TT form in 2019 with two further podium finishes, whilst Anstey cemented himself as a TT Legend in August’s Classic TT presented by Bennetts when he claimed victory in the Dunlop Lightweight Classic TT Race following a lengthy absence from racing to battle illness.

Mid-week will see the sidecar pairings of John Holden and Lee Cain and Tim Reeves and Mark Wilkes on the TT Stand, with the latter two coming to Motorcycle Live after claiming the 2019 Sidecar World Championship a few weeks ago – an incredible 8th world title for Reeves.

Fresh from the Macau Grand Prix, 7-time TT Race winner Michael Rutter will be on the TT Stand from Thursday 21st November for meet-and-greets as well as book signings of his new autobiography – ‘The Life of a Racer’. He’ll be joined on Friday 22nd November by 16-time TT winner Ian Hutchinson who will also be hosting book signings for his autobiography – ‘Hutchy: Miracle Man’.